Yesterday the man who purchased our Freightliner arrived from Las Vegas to pick it up.  After completing the sale John and I packed an overnight bag and left for Texas.  We arrived in Beaumont shortly after 10:00 p.m. and and spent the night at my cousin Daniel's house.  This morning we were off and on our way to Houston to pick up our new ride; the Ford F-550. 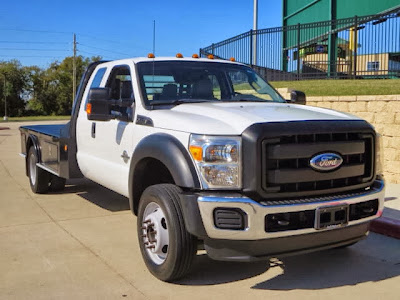 The trip was uneventful until we got closer to Houston.  Traffic was backed up for miles due to a major accident on the freeway.  We got off the freeway and took an alternate route and finally made it to the dealer.  Yeah!!  We were on our way. 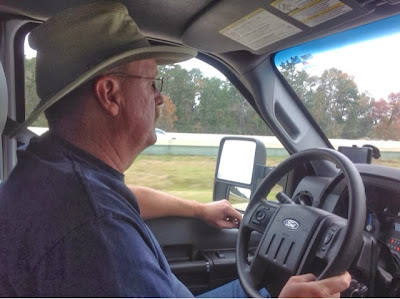 The plan was to meet up with cousin Daniel and Sherlyon in Jasper to look at the lake house they are building then travel on back home to Mississippi.  Well...... our plans got changed for us.  We made it to Jasper when we heard an odd sound.....sort of like a tire blowing out.  John said, "That don't sound good" and immediately pulled off the road to check things out. 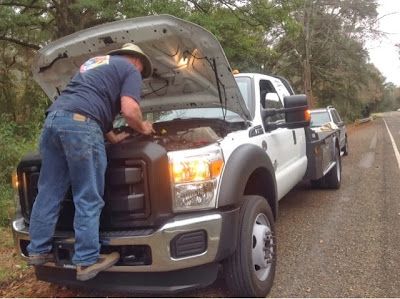 He found the turbo down tube had blown apart.   The good thing is cousin Daniel was just a few miles away.  John called him and he and Sherlyon were there within minutes as well as Uncle Floyd and Aunt Becky. 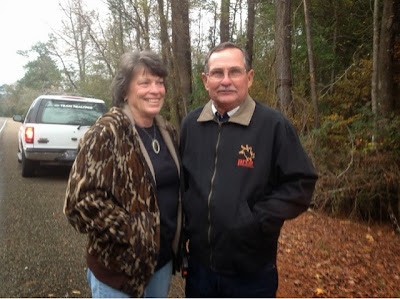 By this time it was late in the afternoon and, of course, the dealership was closed.   We hopped in Daniel's truck and went to Auto Zone and NAPA Auto Parts to see if they might have the part.  They didn't have it so John and Daniel decided to try and make one.  WIth the help of some plumbing supplies from Lowes they was able to make the part. 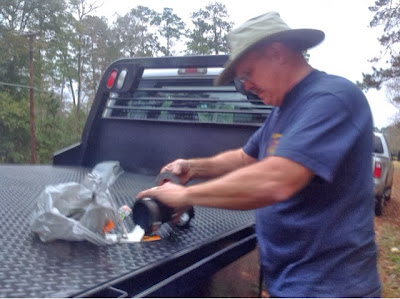 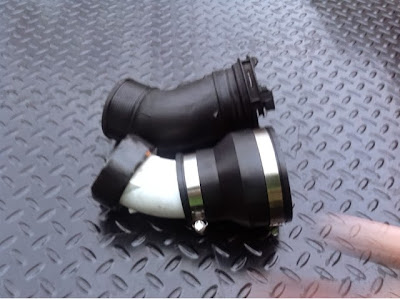 The black part is the broken one.  The black and white one is the new part. 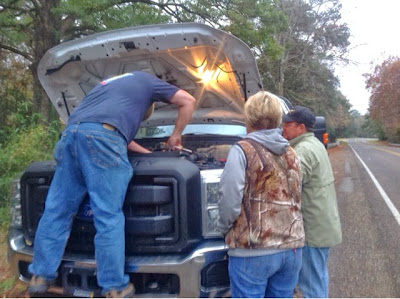 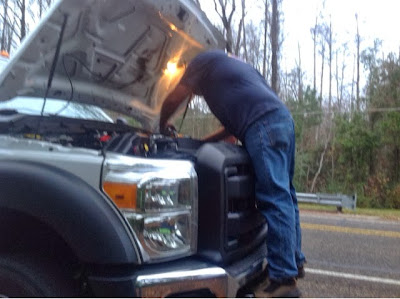 John took it on a test drive and it blew off again so, back to Lowe's we went.  After modifying the part they came up with something that worked.  We were able to make it back to Daniel's house tonight.  The plan is to have the truck checked out at the dealership first thing Monday morning.