I looked at our last blog today and realized it had been over a month since the last post.  On the last post we had made it to Tucson and were very busy getting things ready for the parking team to arrive.  The week before the rally a group of us took an afternoon off to go see Mount Lemmon.  So glad we got to do it.  It was a beautiful drive. 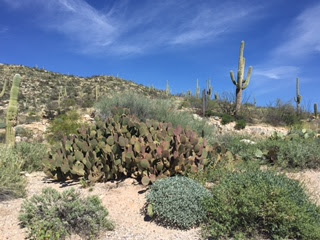 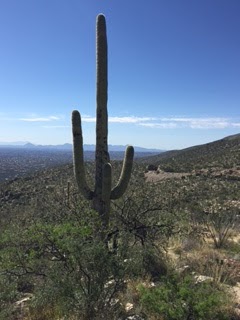 You know the old saying:  "Be careful what you wish for.?"  Well, two years ago when we were in Tucson for the Escapees Rally we were wearing jackets, hats and gloves on the first two parking days.  This time we were wishing for warmer weather.  We got what we wished for.....94 degrees on the longest parking days. LOL


After leaving Tucson traveled on to attend the diesel truck pull and drag races at Wild Horse Pass Motor Sports Park in Chandler, AZ.  Lots of cool trucks there. 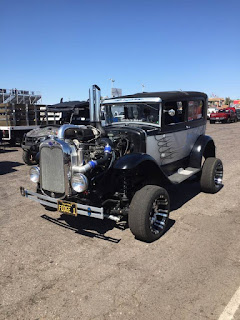 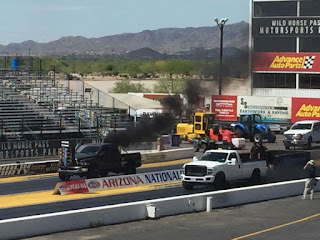 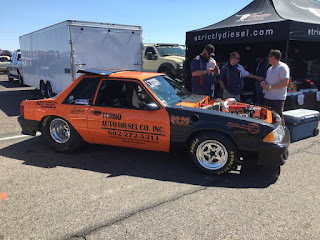 The next stop on our journey was Jojoba Hills SKP RV park in Aguanga, CA to visit with our friends Chuck and Kathy Donley and Judy Bell.  We enjoyed our visit with them and appreciate their hospitality.


We are slowly making our way to Tualatin River National Wildlife Refuge to volunteer again.  It has been two years since we were there.  While making our way toward Oregon we stopped off in Lone Pine, CA and  boondocked at Tuttle Creek Campground.   It is a beautiful park. On the second day there we visited the museum of Western Film History. Very cool place.  That afternoon John was reading the weather forecast and he saw where our next stop (Mammoth Lakes, CA) was going to get up to 18 inches of snow beginning Thursday night and very high winds so we left a day early (Thursday morning).  Unfortunately, the wind started early and one of our side awnings became a casualty.  It was a lost cause so John cut if off and we were on our way again.  We hadn't gotten far after that stop when we came upon an 18 wheeler that had flipped over on its side.  The driver was standing outside the truck and appeared to be ok.  It looked like he escaped through the windshield.   That was scary but...wait...there's more!  A few miles down the road we were coming down a hill and noticed an 18 wheeler coming toward us with the trailer shifting over in our lane.  Thankfully the trailer didn't come over any further and we passed without incident.  By this point I was so ready to get off the road.  The rest of the trip was uneventful and we made it to the Elk's Lodge in Gardnerville, NV.  A storm was moving into that area so we decided to stay put until it had passed.  We left this morning and arrived around lunchtime in Susanville, CA.  It was perfect traveling weather....no heavy winds. Yeah!!! 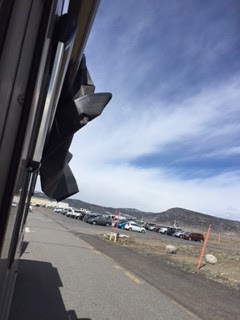 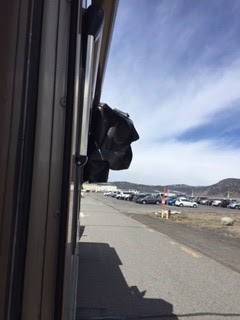 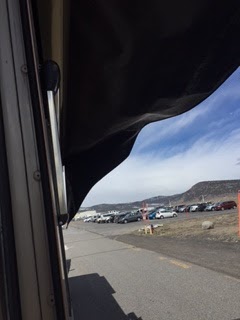 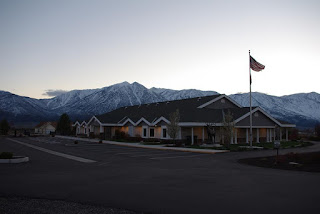 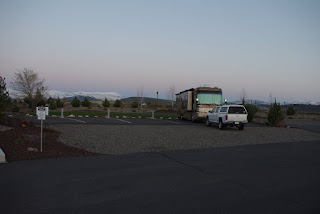 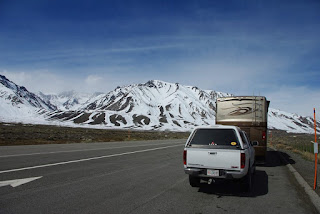 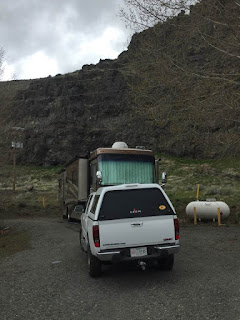 Our site at Tulelake National Wildlife Refuge in Northern CA.  We will volunteer a few weeks here before moving on to Crater Lake and Tualatin River.
Laugh Everyday.  Happy Trails.  Stay safe.
Posted by FD5, Retired at Tuesday, April 11, 2017