Another perfect day for exploring the area.  Today we placed a picnic lunch and rode through the Coronado National Forest.  Fred also came along for the ride today. 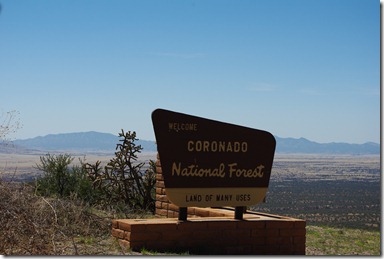 As we entered the area John stopped to get a picture of the Border Patrol camera. 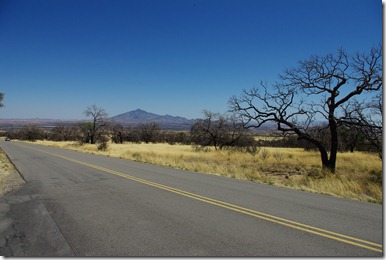 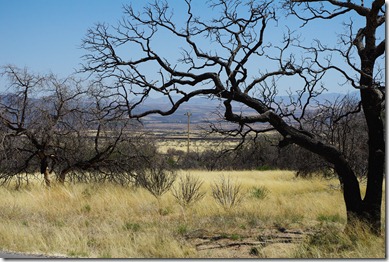 The camera is on the top of the pole in the center of this picture.  The black horizontal line just beyond the pole is the U.S./Mexican Border. 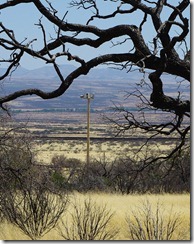 Here is a closer view.
During our outings we have gone through the Border Patrol checkpoints several times.  They greet you, glance in the car then say, “Have a nice day.” I guess they are just checking to see if anyone suspicious looking is in the vehicle.  Today while we were riding through Coronado Forest we saw a Border Patrol officer in action.  He had  just handcuffed a woman who had crossed the border into Arizona.
Continuing on we saw two deer and a white snake.  John got pictures of the deer but the snake was too fast.  Not that we were going to stop and chase it for a picture. LOL 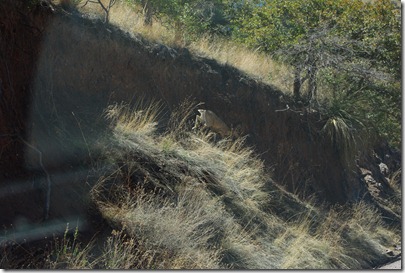 The deer is close to the top center of this picture.  He blends in well with the scenery. 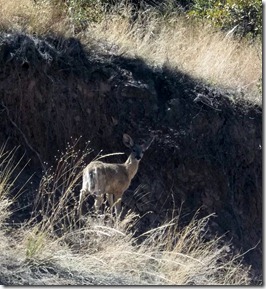 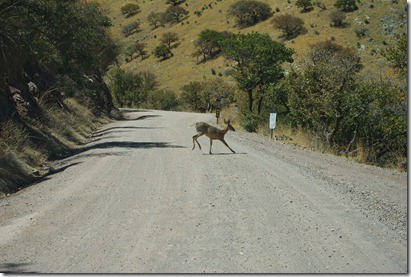 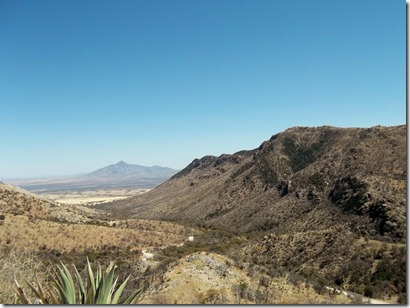 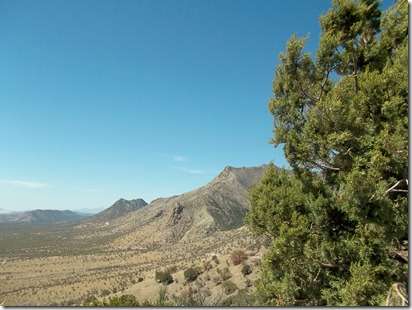 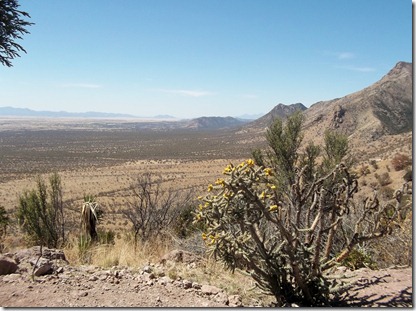 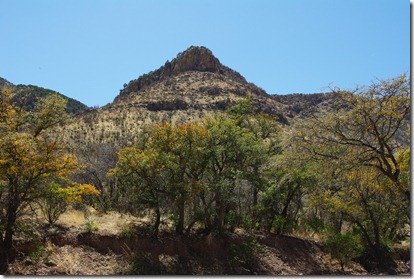 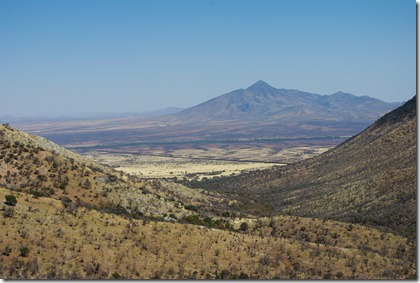 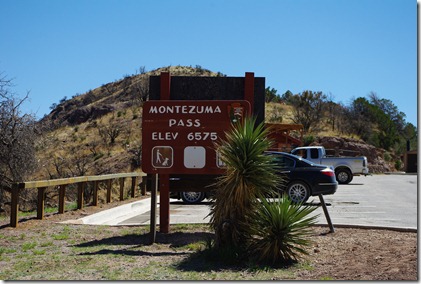 Montezuma Pass is at the top.  We got out and walked around before heading back down the mountain. Fred was glad to get out and walk around also. 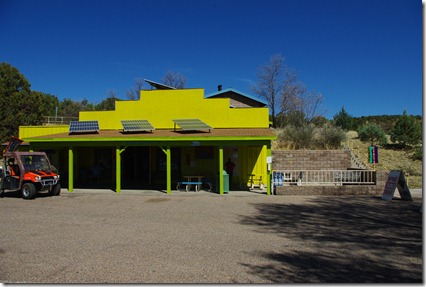 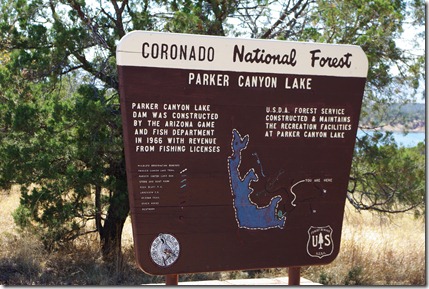 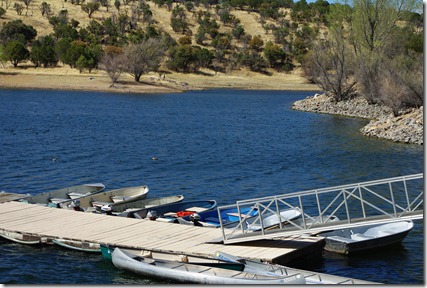 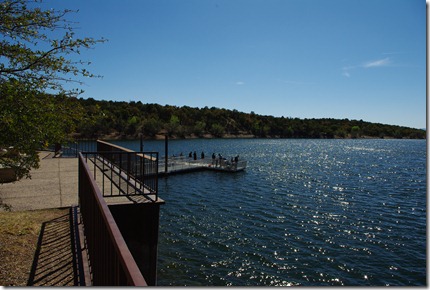 People fishing off the end of the dock.  There are also day use areas and a campground at the top. This is the first body of water we have seen since we have been here.  The local people told us it hasn’t rained here in quite some time and most of the creeks and ponds have dried up.  Very scary. 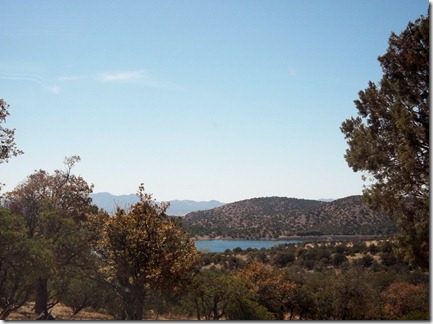