Mississippi bound but the tire had another idea.

We were up early this morning to meet Betty and Joe for our traditional breakfast at Starvin Marvin's.  It was rather foggy out this morning. 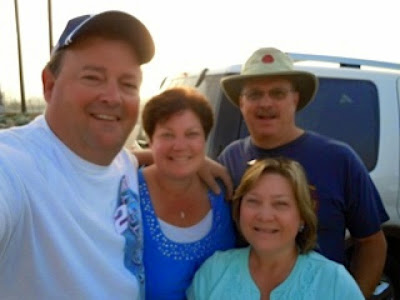 Joe, Betty, John and me.  I think I look half asleep. 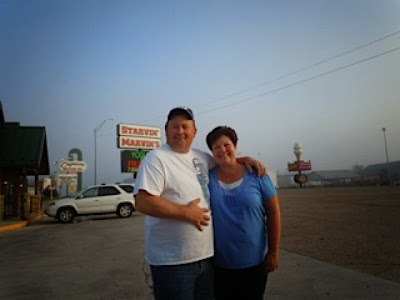 As always there were lots of laughs.  We will miss them very much.

After returning to the campground we got things ready to go and said goodbye to friends Steve and Jannel.  We fueled up and were Mississippi bound.  Things were going great until we had blow out on the right front tire in Gould, Arkansas.  It sounded louder than a shotgun to me.  Fred was freaked out and ran to the bedroom.  Poor doggie.  John got the rig stopped and went to the door to go check out the damage but he door was stuck. You know that was not a good sign. 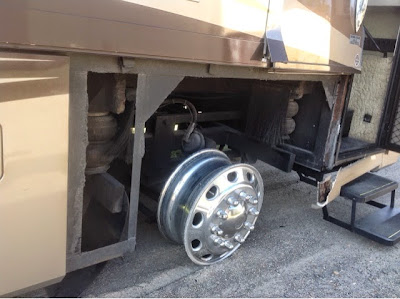 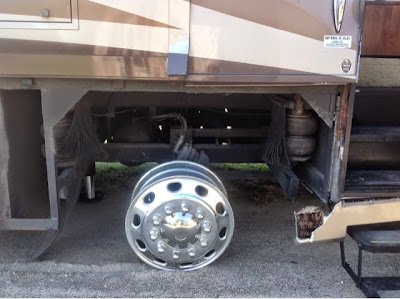 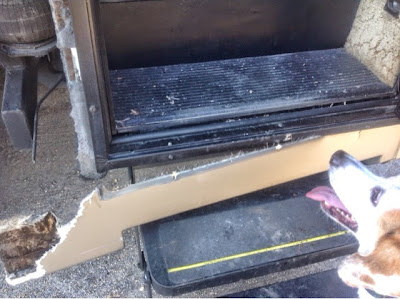 I finally coaxed Fred into going outside.

We were on a two lane highway with a middle turning lane so John was able to pull to the middle until he could get it off the road.  A lady whose driveway is directly across from where we stopped came out to talk to John.  She told him we could park in her driveway.  We are very thankful that this is the only damage and no one was hurt.  John called Coachnet and they had to locate someone with the right size tire.  Finally, around 8:00 p.m. the tire man arrived.  Yeah!! 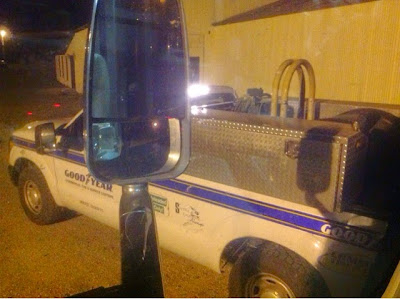 He was finished in less than a hour.  Because it was so late we decided to drive a few miles up the road to McGehee to Wal-mart to stay for the night.  What a day it has been.