What started out as a very slow boring day at the VC became very lively after lunch.   First, we received several calls from people traveling in and around the refuge reporting buffalo sightings.  There is a buffalo farmer with property adjacent to the refuge who reported that several of his buffalo had escaped and he was looking for them.   Then around 3:30 a family of six raccoons wandered up to the back of the refuge right outisde the bird viewing area.  Of course it was a great photo opportunity. 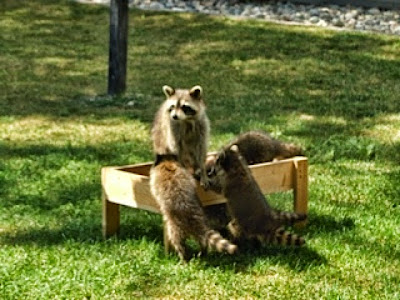 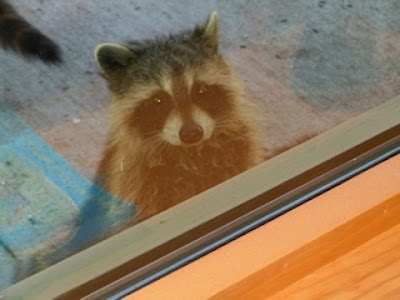 This little guy stopped to look at us through the window. 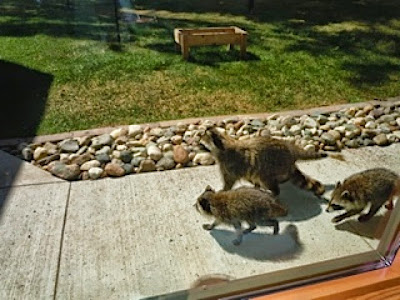 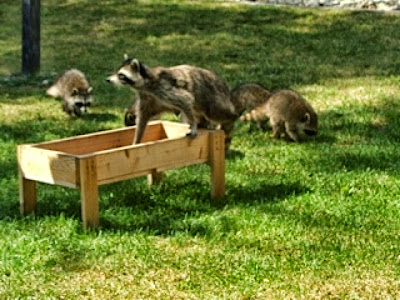 After checking out the trough and finding it empty they moved on to the hanging feeders. 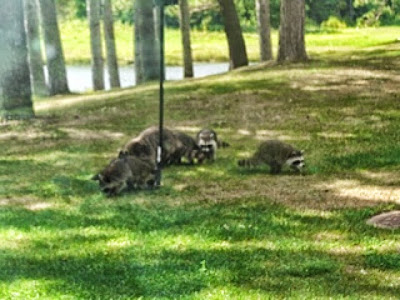 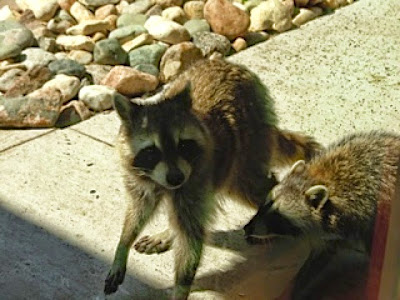 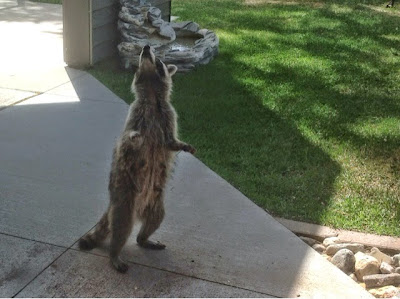 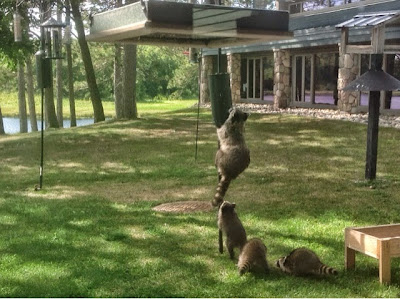 After several attempts to reach the top of this hanging feeder, and failing, they moved on to the ones next to the building. 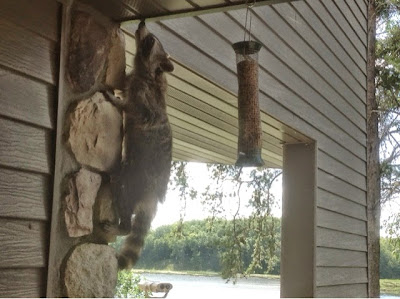 This one, the mother raccoon, made it to the top and reached over to the hanging feeder with peanuts in it. 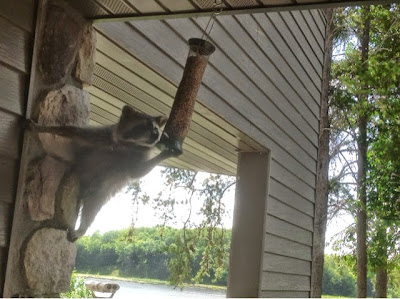 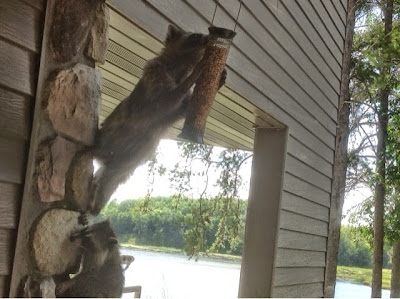 She tried to open it but couldn't. 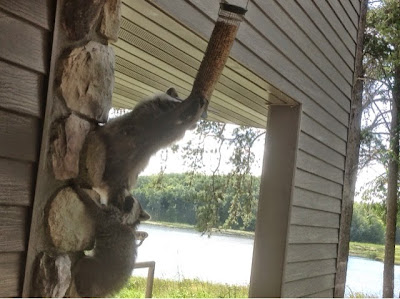 After losing her grip she decided to leave it alone. 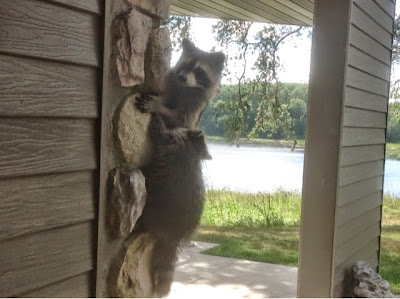 One of the babies had followed her up and they both climbed back down and moved on to explore elsewhere. 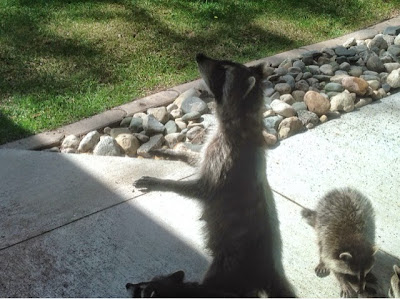 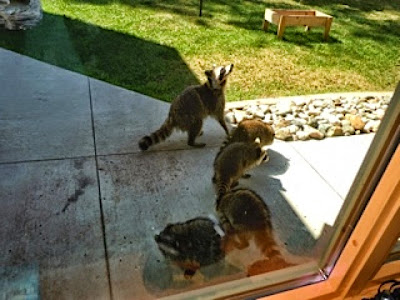 The group circled around for a little while before giving up and leaving the area.  A very interesting afternoon.

The bird feeders are taken in every night to keep the wildlife from damaging them.   We never know from day to day what we will see while working at the VC.