Today was a busy day. Early this morning Mike, Leslie, John and I attended the annual owner’s meeting for Treasure Lake RV Resort at the New Shanghai Theatre. Although business was discussed, entertainment was provided as well as door prizes. The entertainment consisted of The Warnock Sisters, a Marilyn Monroe Impersonator from Legends and acrobats from the New Shanghai Theatre. It was awesome. Mike and Leslie won tickets to the Rankin Brothers Show and John and I won gift certificates to Montana Mike’s Steakhouse.

Our lunchtime fun included attending the luau at the Treasure Lake Clubhouse. The event was catered by a local company. We had BBQ Hawaiian pulled pork, teriyaki chicken, rice, red potatoes, vegetable medley and cake for dessert. 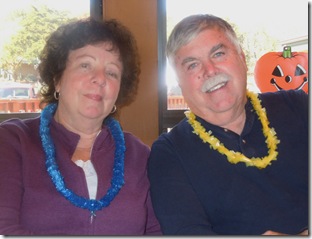 Mike and Leslie at the luau. 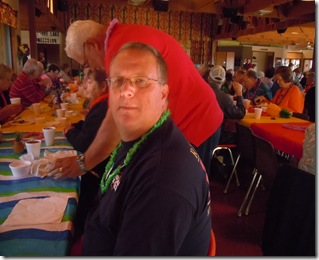 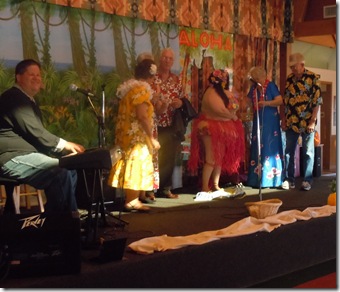 People who dressed up Hawaiian Style for the best Hawaiian costume contest. 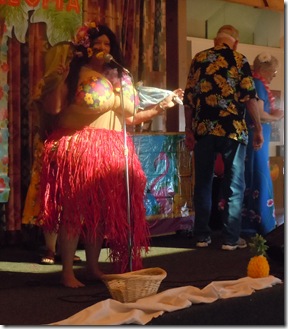 This lady actually works for the park and showed up in a padded hula suit as a joke. It was very funny.

Tonight’s plans were to have dinner on the Branson Scenic Railway dinner train so after the luau we had a little time to spare. Mike and John played horse shoes while Leslie and I watched from outside the fence. 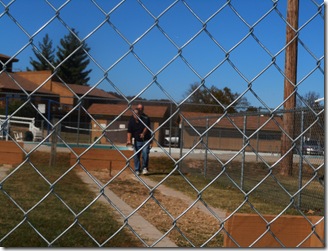 Mike ready for a throw. 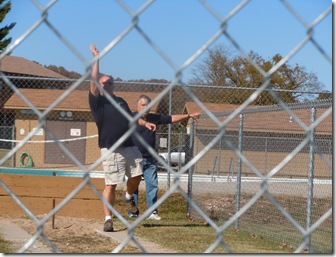 John in the middle of his throw.

Before long it was time to head over to the Branson Scenic Railway dinner train for boarding. 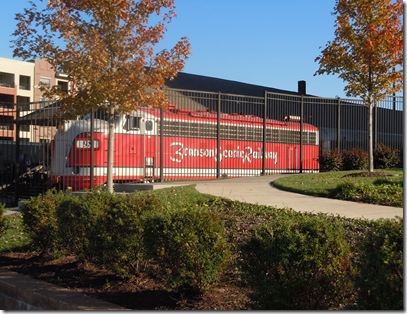 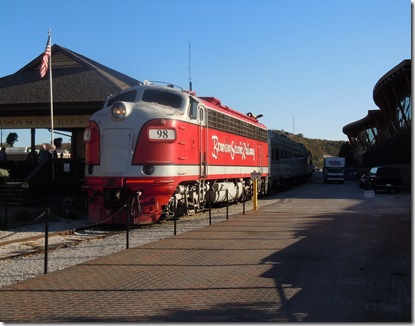 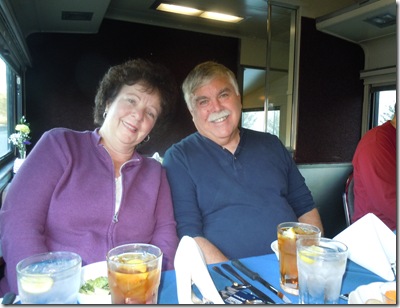 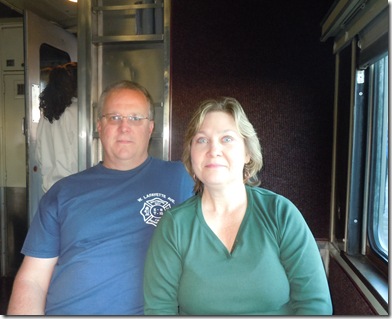 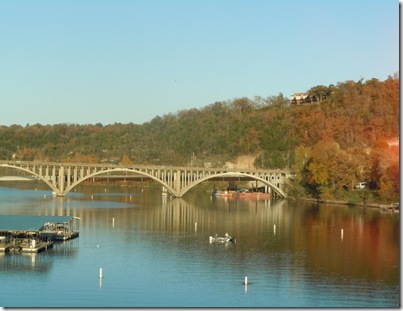 Scenery from outside the window as we left the train station. 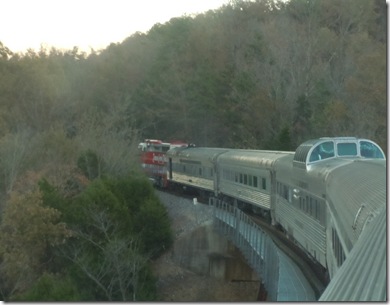 Picture of the train from one of the dome cars. 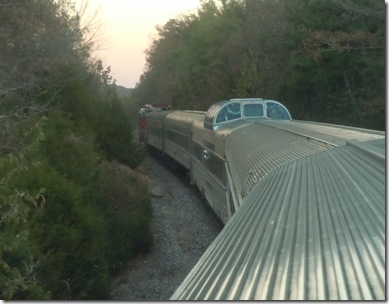 Another picture taken from the dome car. 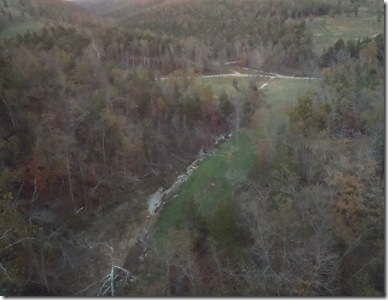 Scenery of the countryside from the dome car. 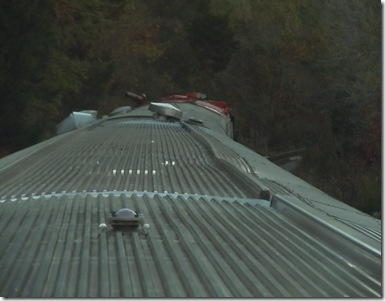 Top side of the train. 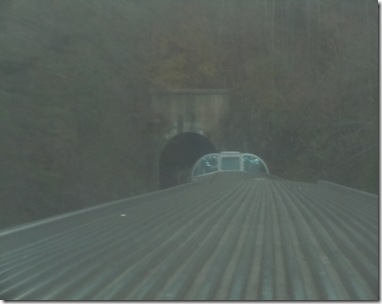 Train entering one of the tunnels. It was getting dark.

We had a wonderful time on the dinner train. As we enjoyed the scenery we were served a meal of prime rib, baked potato, salad, and fudge marble cake. The wait staff and the service were both excellent. Great food, great friends and nice scenery….what a nice way to spend the evening.

Since it was still a little early when we returned to the campground we all decided to play a round or two of 10 Penny. Leslie won the first round with a score of 100 and Mike won the second one with a score of 40. We might have to have a rematch tomorrow. LOL