Up early this morning…..again!! For some odd reason I woke up before 8:00. What is up with that? LOL I had a hair appointment at 9:45 so John dropped me off and ran some errands.

This afternoon John cleaned out the Freightliner and loaded up the new tool boxes while I went shopping at Kohl’s with Marcy. 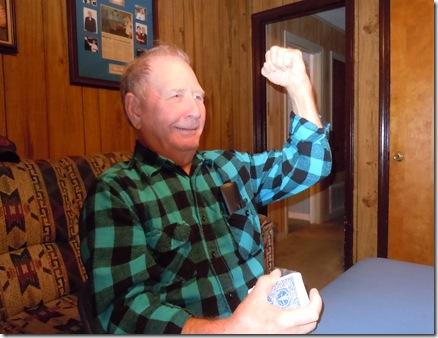 Marcy has bladder surgery tomorrow morning. Please keep her in your thoughts and prayers.