Annie and Terry on the road again.

We were up early this morning to see Annie and Terry off.  They are continuing on to Yellowstone for a couple of days before heading back to Mississippi.  It was a short visit but we enjoyed it very much.   There was lots of laughing going on. LOL 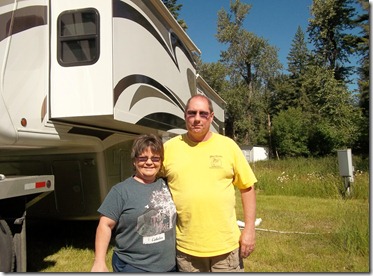 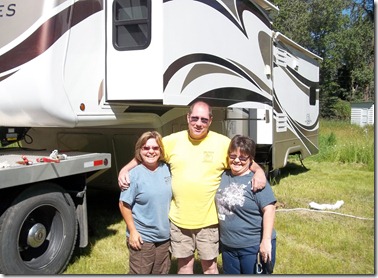 Me, Terry and Annie. 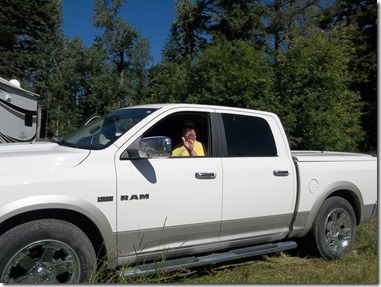 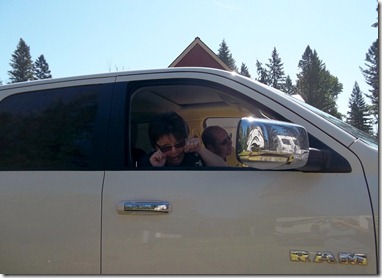 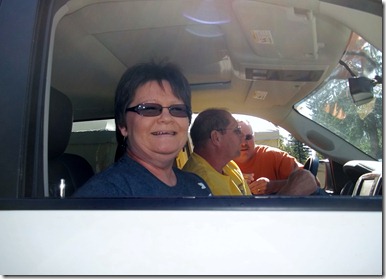 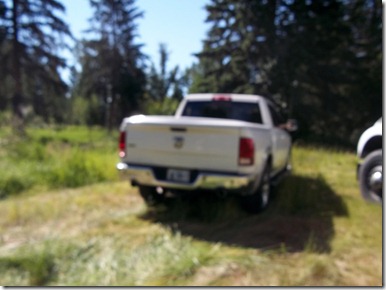 Later in the morning John was busy changing out the old satellite receiver box with the new one we received via UPS yesterday.  Of course it was not an easy fix.  After going through the steps to complete the new install three times….. it wouldn’t work.  John then called Dish Network for some customer service.  You  know that is always fun. LOL   He spoke to more than one person and was on the phone more than an hour before being disconnected.  By this time the installation was almost complete and we were able to receive channels.  John will be testing the DVR tomorrow to see if it will record before returning our old one to Dish.   Poor John, his whole afternoon was spent dealing with Dish Network.

Tonight we joined Aunt Eloise for dinner.  She treated us to spaghetti and salad.  Very tasty.  Thank you Aunt Eloise for a delicious dinner.  Of course we played a round of Golf and then Mexican Train.  John won both games.  I think we need a rematch. LOL