Our friends Betty, Joe and Theresa have arrived.  We spent the afternoon at Branson Landing and stopped to have a late lunch at Famous Dave's BBQ.  John and I split  a "feast for one", which was actually more than enough food for two people.  The food was good but not the best BBQ we have had. 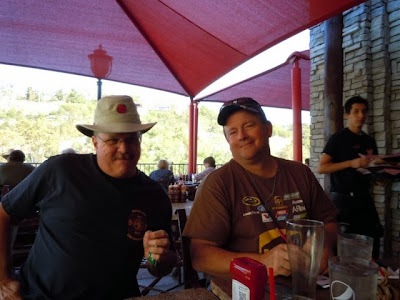 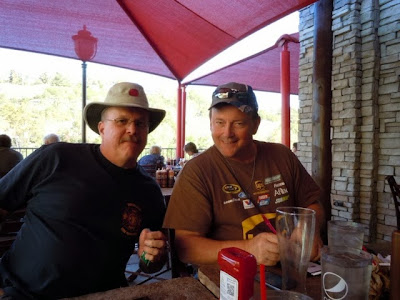 John and Joe entertaining us at the table. LOL 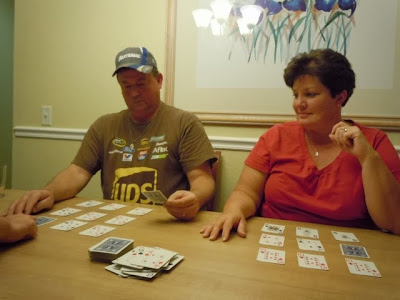 Joe contemplating a move during a round of golf. 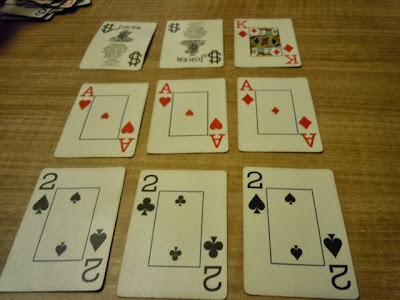 This was the best hand I had during the golf game.

Up very early this morning to take our RV to Crump's in Springfield to get the hanger fixed.   Fred stayed with Steve and Jannel while we were away.  A big thank you to them for dog sitting him for us.

Tonight we all gathered at our place for dinner,  We had loaded baked potatoes.  Betty brought the salad and salsa and Jannel brought a cherry crisp and ice cream for dessert.  Thank you Betty and Jannel.  Everything was delicious. 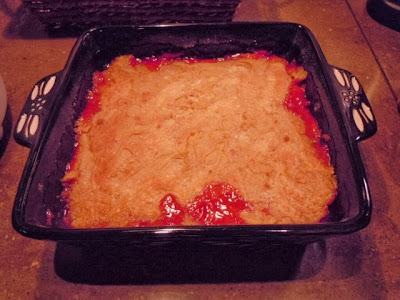 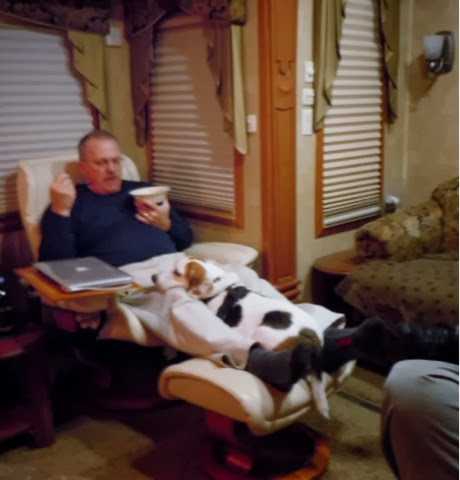 John eating his dessert and Fred wishing he could just lick the bowl. LOL 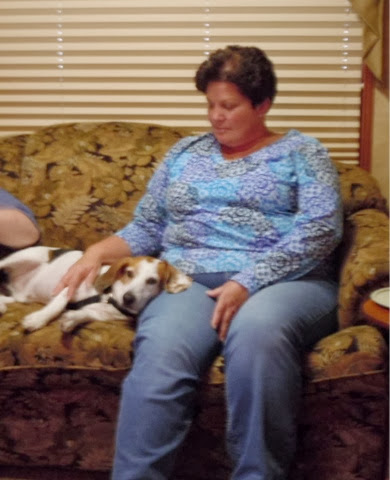 Fred enjoying some attention from Betty.

It will be nice to sleep in tomorrow. This getting up early really sucks. LOL