Dinner with Amy and Kay.

We have been so busy since we got back to Mississippi and, since I have been working, I haven't had a chance until now to meet up with some friends for dinner.

I met Amy and Kay at Logan's Roadhouse after work.  Since we arrived before 6:00 p.m. we were able to order from the early bird specials.  We had a great time catching up on everything.  After we had been there a couple of hours the restaurant became crowded so we moved outside to visit for a while longer. 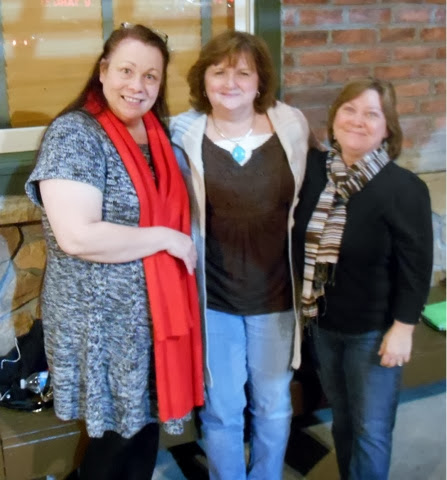 Annie and I went out for a little shopping today and, of course lunch.  We called John and he met us at Ichiban.  We have eaten there several times but this was the first time we were put on a waiting list. I guess lots of people had the same idea for lunch.  The stores were also a little crowded. Looked like everyone was taking advantage of the nice weather.    It was great to be outside without freezing and dressing in layers.   I think it got close 70 degrees.  I was liking that.

Tonight while John was working at Renaissance I went over to Mom and Dad's for some card games.  We were finishing up a round of golf when John stopped by and joined us for the last game.  As usual....John won. 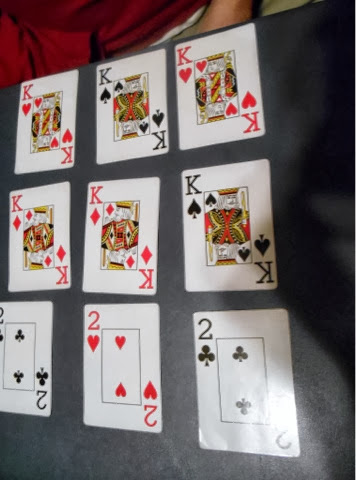 This was one of his winning hands.

Rain in the forecast for tomorrow.  Fred won't like that.