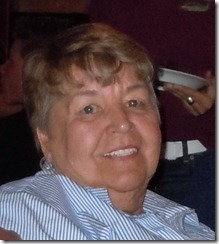 Today we took a road trip to Polson, MT, which is about 40 miles from Kalispell. Our destination was Three Dog Down to look at down comforters. On our way we stopped in at a restaurant called 4Bs in Polson for some lunch. 4Bs is famous for their homemade tomato soup. Aunt Eloise had eaten at 4Bs before and remembered how good the soup was so she ordered a cup. John got the salad bar with a cup of soup and I ordered half a turkey deli sandwich with a cup of soup. When the waitress took our order Aunt Eloise asked if they still shared the soup recipe and she promptly gave us all a copy.

After our lunch we were off to Three Dog Down. It has been at least 15 years since we were last here and Three Dog Down has expanded. They took over the other shops next to them and now sell down comforters, moccasins and a large variety of candy. In addition to this they now have The Happy Hippo Ride. The ride is complete with a pirate attack in the water. 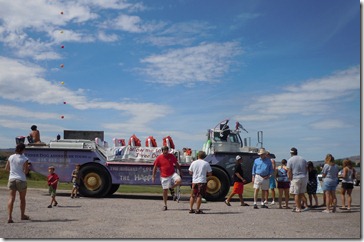 Here is a group of people about to load up for their adventure. 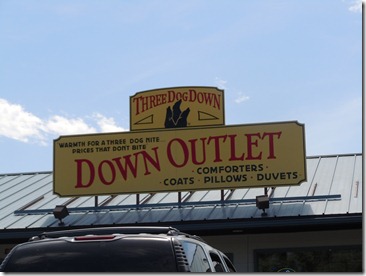 When we went inside the owner came up to us and asked if we needed assistance. He is quite a comical man and invited us to “The World’s Smallest Theater” where he picked up his accordion and sang us a song. 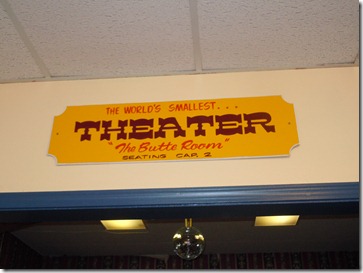 Entrance to the theater. 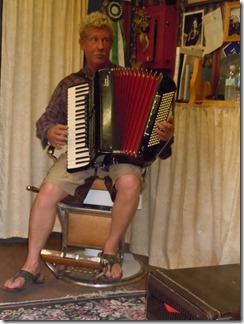 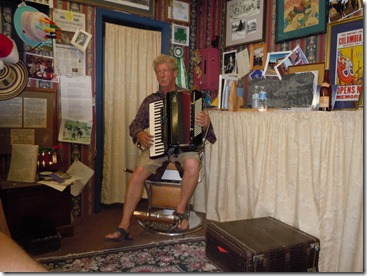 He is very funny and entertaining.

After our little one man concert he took us and a few other people on a tour of his factory. We learned a lot about fabrics and down filling. Soon it was time to head back to Kalispell. On the way back I snapped a few pictures of the area. Beautiful countryside. 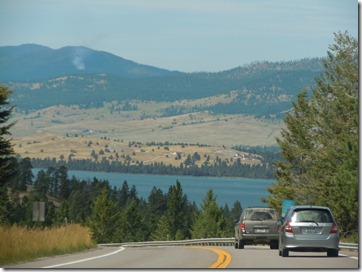 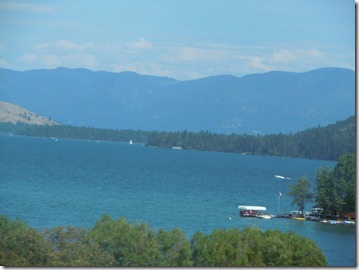 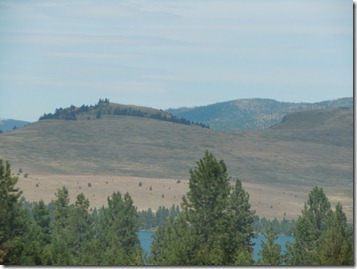 This just happened to be the same road we came in on when we stopped off at the State Park where the Mobile Suites met the rock. John turned into the park so we could re-visit the scene of the incident. 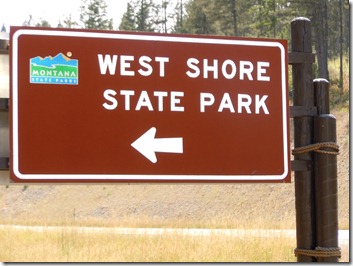 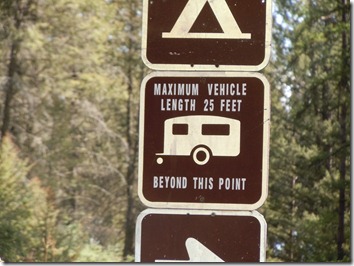 This is the sign that was posted after you get into the park from the main road. It sure would have been nice if the sign were posted at the entrance. 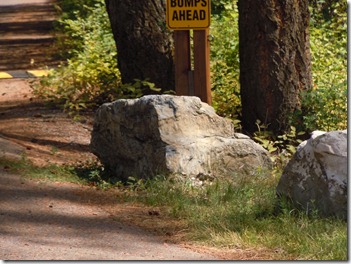 Here is the lovely rock that caused the damage to the Mobile Suites.

We made it back to Aunt Eloise’s around 4:00 so I had time to see what new flowers I could get pictures of. 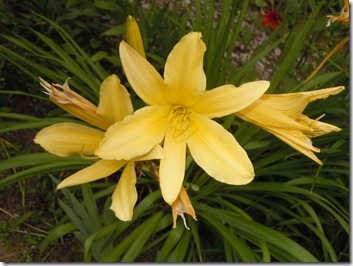 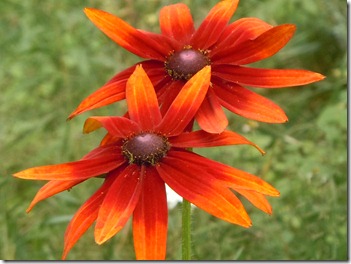 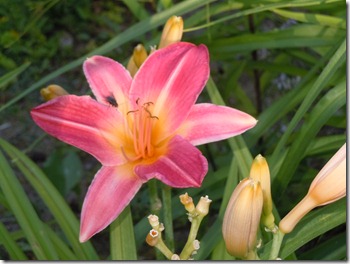 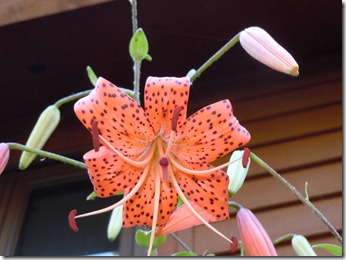 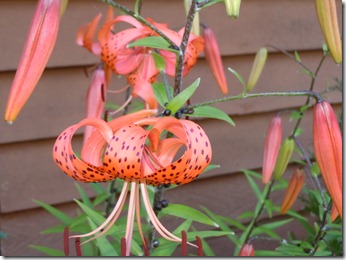 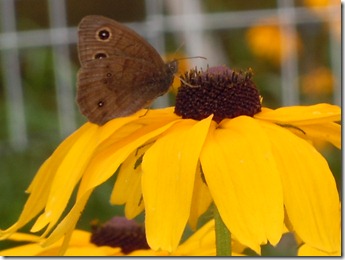 Tonight John cooked pork chops and ribs on the grill while Aunt Eloise and I prepared taters and onions and vegetable stir fry. Yum Yum. Of course the night would not be complete without a game or two. We played two rounds of 10 Penny. Aunt Eloise won the first and I won the second. 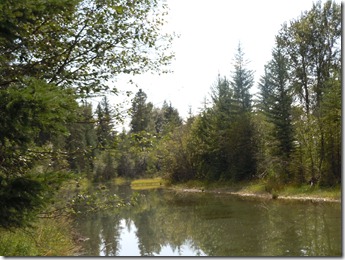 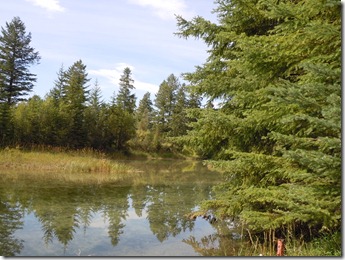 The view from Aunt Eloise’s back yard. 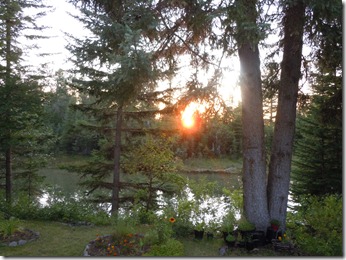 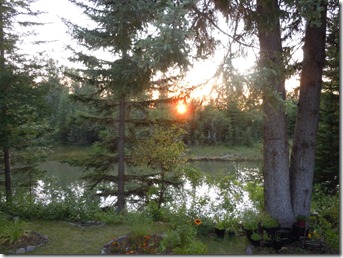 The sunset from Aunt Eloise’s back porch.