Up and out of Casper, WY before 11:00 and on our way to Kaycee.  When we arrived in Kaycee there were no vacancies due to the rodeo and Chris LeDoux concert so we drove on to Buffalo to Big Horn Mountain RV park but……they were closed due to a water problem.  This day just kept getting better.   Our next stop in Buffalo was Deer Park RV Park.  I waited with Fred outside while John went to check on a site. He was gone quite a while. The man inside told him there were no vacancies due to people heading to the FMC Rally and the Escapees Rally.  He told John he had a mobile home site at the rear of the park and would let us stay on it.  He had the workers fix the site for us.  That was very nice of him.  We really appreciated it.  Very very nice people. 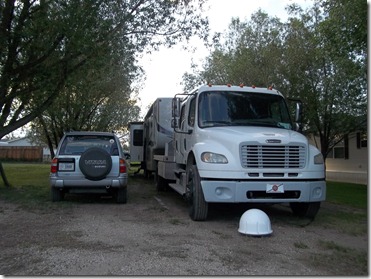 After getting all settled in John and I decided to drive over to Gillette.   It was a nice drive until we heard a funny noise.  I looked at John and asked, “What was that?”  He answered, “I think that was probably the fan belt.”     He pulled over and raised the hood to diagnose the problem.  The fan clutch assembly broke which damaged the radiator. 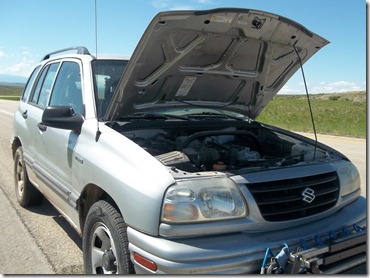 Here we are on the side of the road. 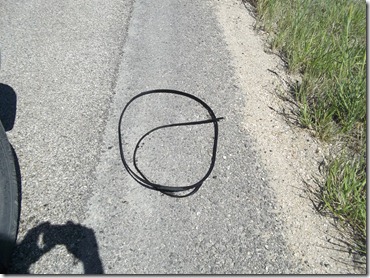 One of the belts. 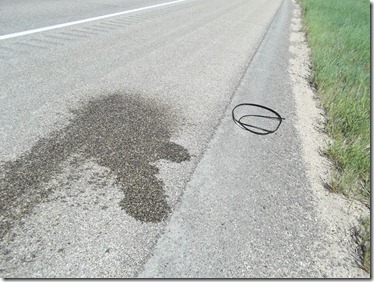 Look at all the anti-freeze. 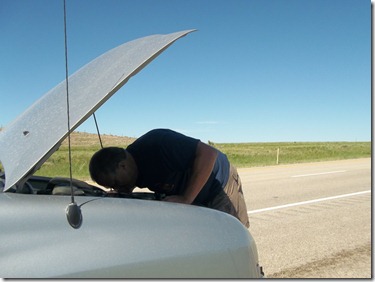 Our friends and fellow Escapee members Bob and Wallace are already in Gillette so John gave them a call.  They drove out to rescue us. 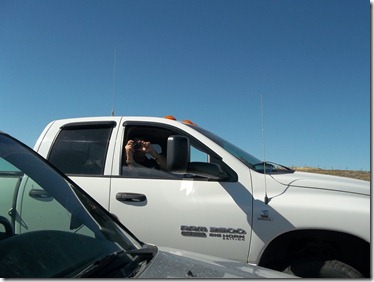 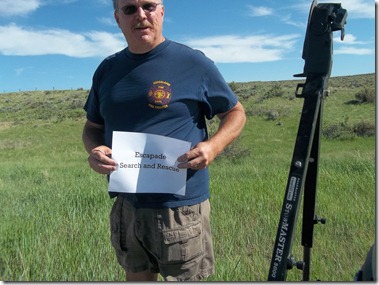 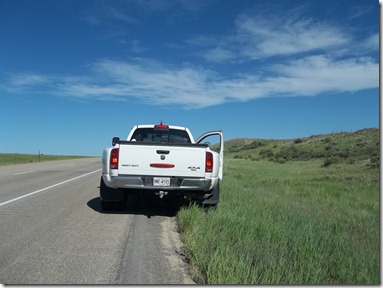 Wallace getting ready to hook us up. 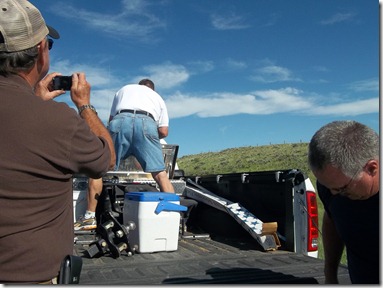 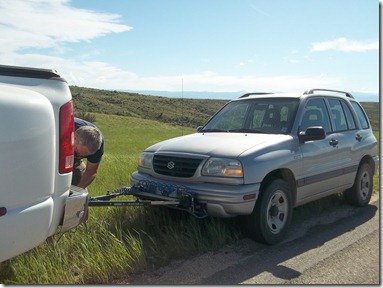 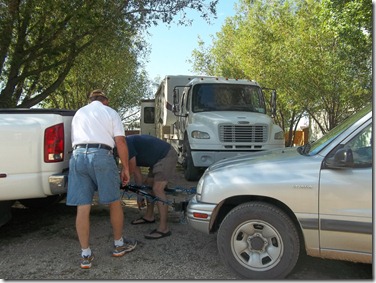 Here we are back home safe and sound.

A huge thank you to Bob and Wallace for coming to our rescue.  We appreciate their help more than we can say.

After getting home, John pulled the damaged parts off the car to see what he will need to repair it. 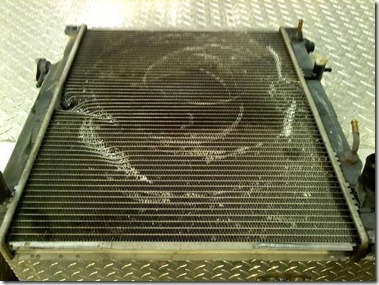 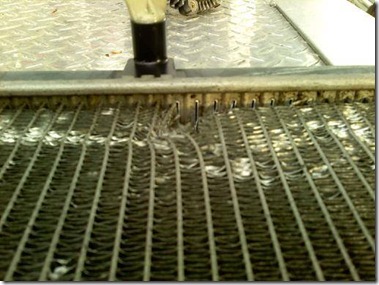 Close up of damaged radiator. 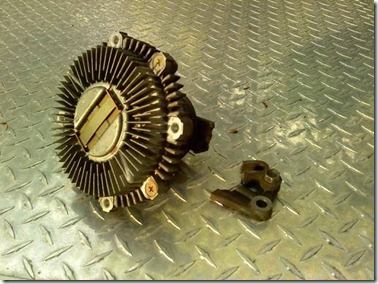 I guess we can say our day was NOT boring. LOL  We are so thankful for our blessings today…..the man at the park who made a site for us and our friends who came to our rescue.