Fun with friends, wildlife and a hail storm.

Up early and over to Rapid Tire and Alignment in Rapid City to get the tires balanced and the front aligned on the Freightliner. It was going to take a while so we had to leave it there. Mike and Leslie came by and picked us up. We had all planned on getting together today. The decision was made to do some sightseeing so we stopped by Subway for some sandwiches and off we went into Custer Park. Mike and Leslie were here last year so we had great tour guides. 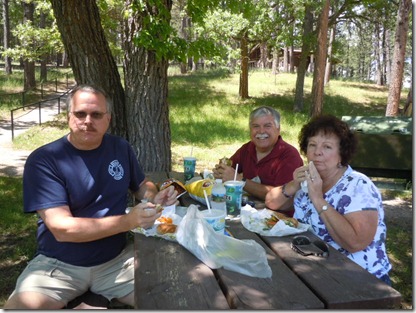 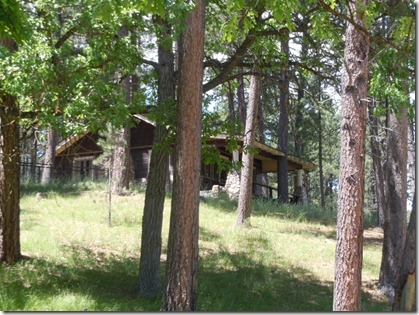 Charles Badger Clark’s Cabin. He lived alone in his cabin and was known to have published poetry.

I think we picked a good day to tour the park because there was wildlife everywhere. 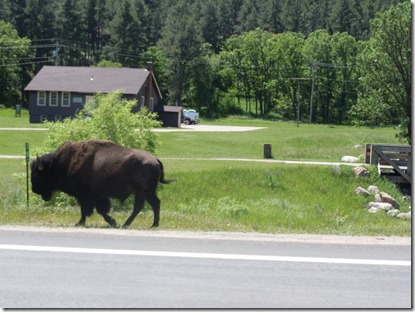 Buffalo walking along the main road. 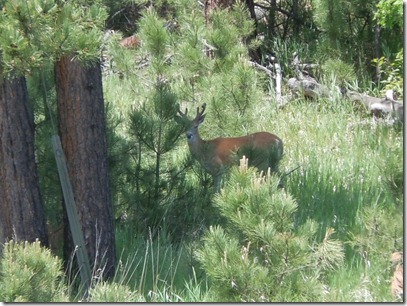 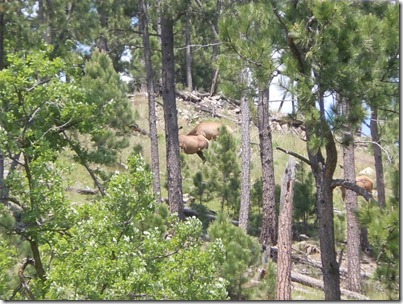 John spotted some elk. This is the best picture we could get. 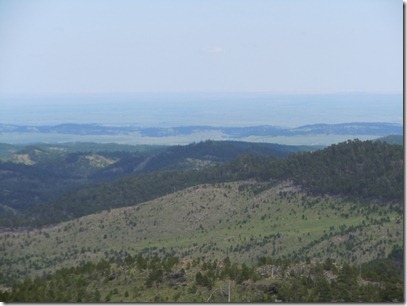 Scenery viewed from the fire tower. 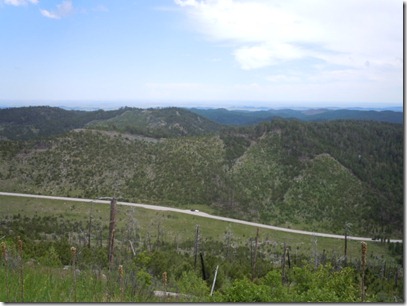 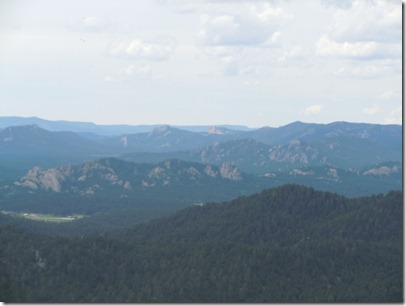 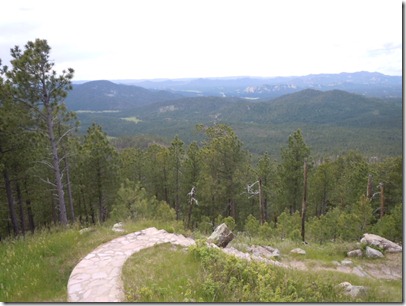 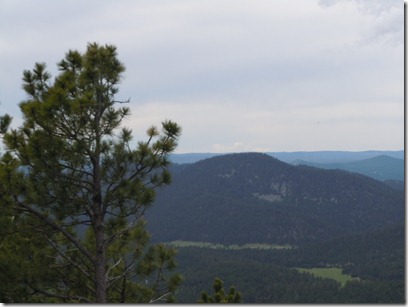 After leaving the fire tower Mike drove us through the wildlife loop. This was so cool. Lots of wildlife out today. 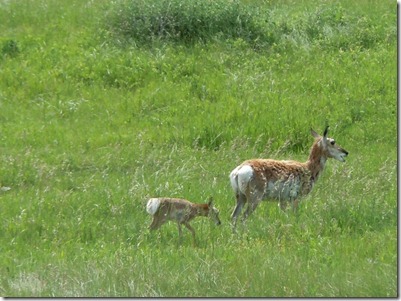 A mother Pronghorn and her baby. 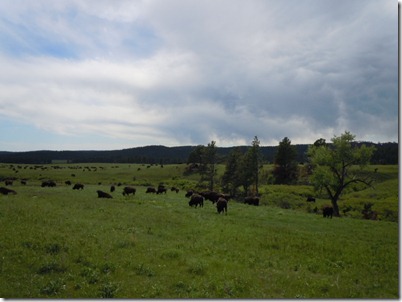 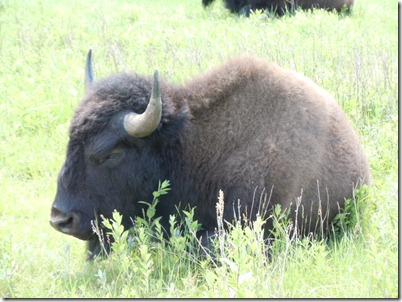 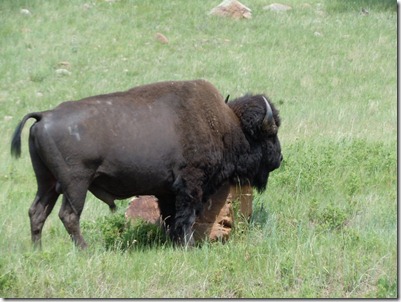 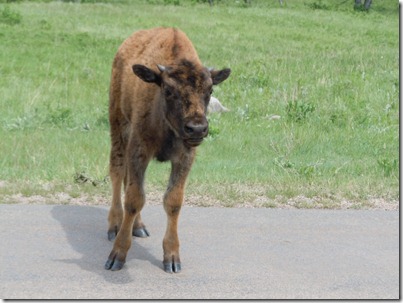 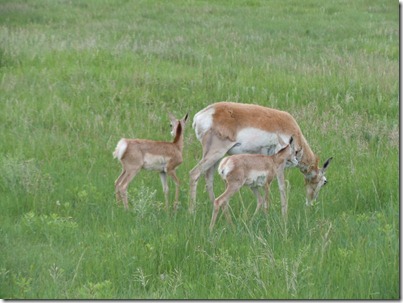 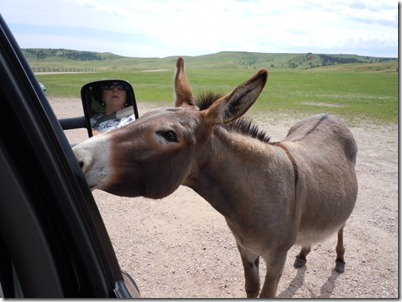 Wild Burros. They sure love crackers. Once you give them one they don’t want to leave. LOL 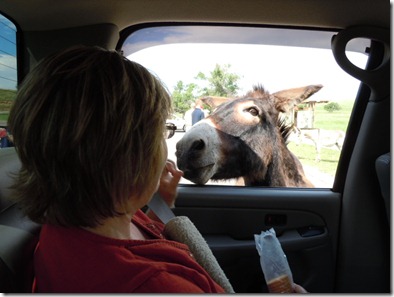 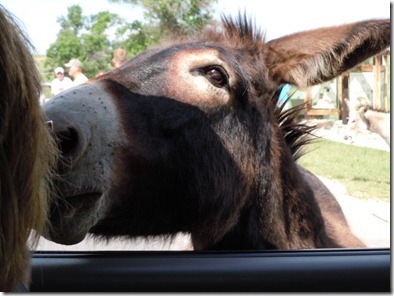 Okay, that was a little too close. LOL 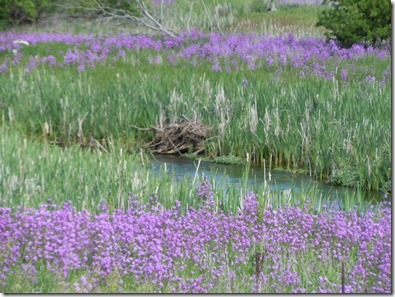 It was after 4:00 and we were making our way back to town when John received the phone call saying the Freightliner was ready to be picked up. Mike dropped John off and the rest of us stopped off at Wal-mart for a few groceries for dinner. By the time we met at our place dark clouds were forming so John hurried and put the pork chops on the grill while I got the potatoes and some salad together. We were all enjoying our meal when the sky became dark and the wind kicked up. Then the hail moved in. It sounded like someone was throwing rocks on the RV. The hail storm lasted about thirty minutes leaving behind damage to vehicles and RVs. We were lucky to only receive a cracked air condition cover and a damaged slide awning. A few sites down from us a Tiffin Motorhome lost an awning. Our neighbor across the street received damage to his truck and 5th wheel. Mike went out to check on his truck after the storm and found damage on the side and hood. This is the largest hail I have ever seen. 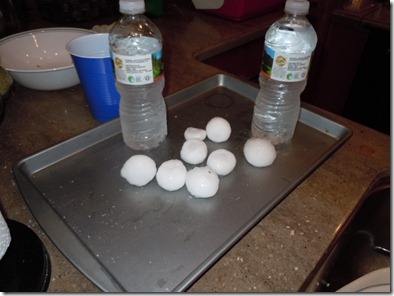 Notice how big the hail is. John put them next to the 16 ounce water bottles to give you idea of their size.

Hopefully the bad stuff has all passed through for the night.

We enjoyed our day with Mike and Leslie very much and appreciate them taking us on the Custer Park tour.