John’s back is doing really well. One more trip to the chiropractor ought to fix him. Today we attended seminars and the closing ceremonies for Escapades. After the closing John and I helped with shuttling people back to their RVs. Tonight we attended the final Parking Team Happy Hour. It was also a farewell to our Parking Team Leaders Bob and Janet Miller and dedicated workers Bill and Janet Walcutt. John and I enjoyed working with everyone on the parking team. They are such a great group of people. 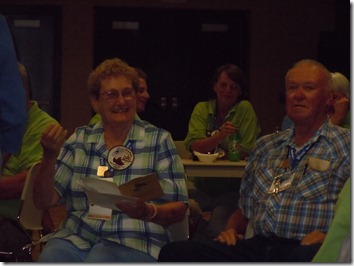 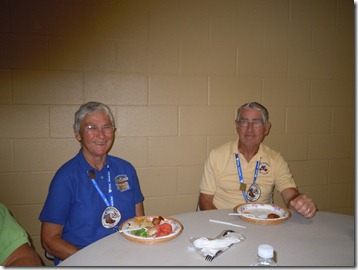 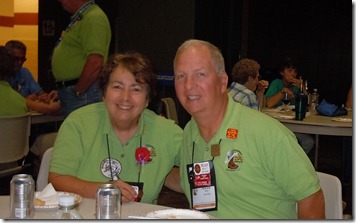 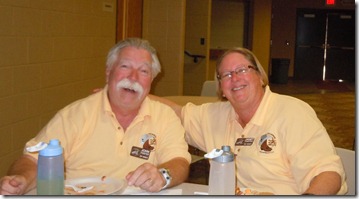 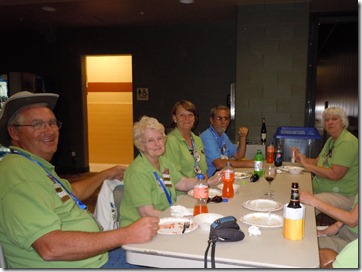 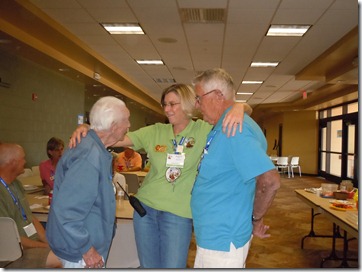 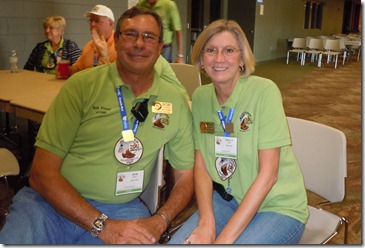 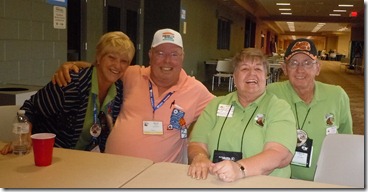 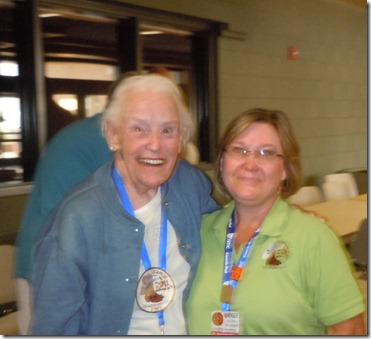 Janet and I. This was Janet’s last Escapade. I am going to miss her. Such a great lady. (unfortunately the picture blurred) 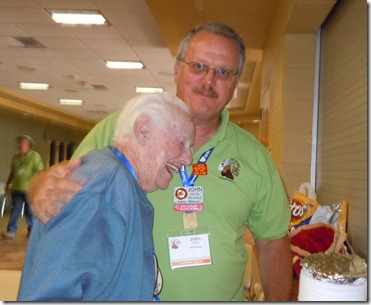 Janet and John. They are sharing a laugh. She told him not to get old and to take care of himself. LOL 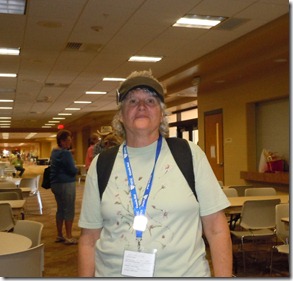 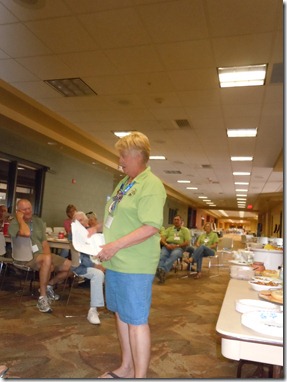 Bea singing an anniversary song to Bob and Janet Miller in celebration of their 60th wedding anniversary. 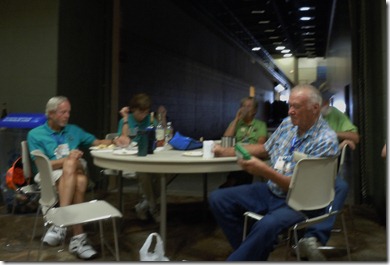 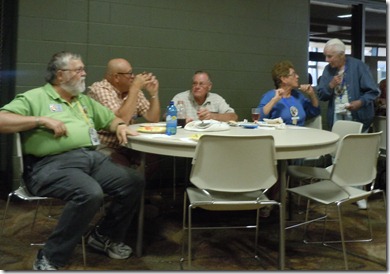 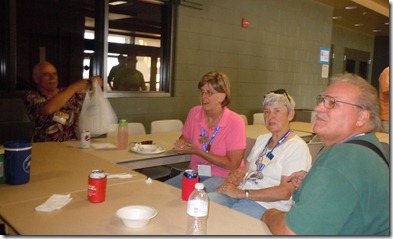 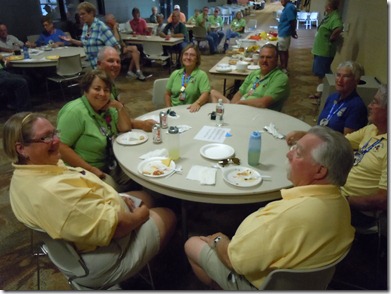 The night was still young when the gathering was over so a large group of us decided to go play bingo again. We didn’t win anything but sure had a great time.