Today John went to help a friend who is working on a motor home he is renovating.

This afternoon I went to the chiropractor for an adjustment.  My neck is giving me problems again.  On my way back I stopped off at Bob and Marcy’s to see what time they would be leaving for the Tea Party meeting in Madison.  While there I went to get a drink out of the refrigerator and noticed that things inside seemed warm.  They had just gotten back from the store so we thought it was the items that had been placed in there recently.  I visited for a little while then went on home to cook dinner.

John and I were about to walk out the door heading to Bob and Marcy’s when she called to say the refrigerator had gone out.  Everything in the freezer had thawed out.  Uck!!!  John brought our large cooler for them to put some items in.

The refrigerator is covered under the extended warranty but when Dad called for service he was told they could not get to it until December 16th.  That is not good!

After packing some things in ice in the cooler we all went on to the Madison Tea Party Meeting.  One of the speakers was the Lieutenant Governor Phil Bryant who, along with our current governor, has done a lot for the state of Mississippi.   He will be running for Governor in the next election and we feel he will be a good choice. 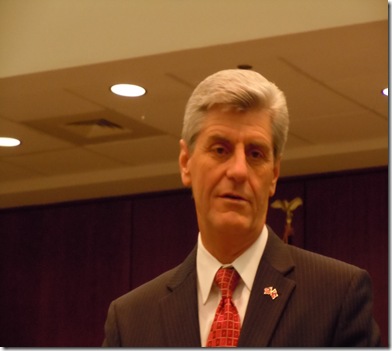 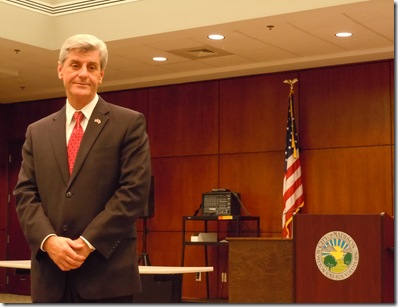 After the meeting we returned to Bob and Marcy’s and played a couple rounds of 10 Penny. John won the first round with a score of 60.  Wow!  Bob came in second with 185 points and Marcy and I were in the bottom.   I won the second round with a score of 60, John came in second with  155 points and Bob and Marcy were in the bottom.   Oh well,  I know we will have a rematch real soon. 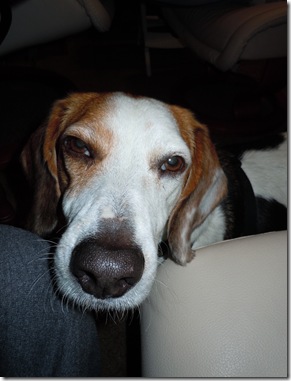 Fred watching me type the blog.  He was sleepy and wanted to go to bed.