Up early and back to the dentist to get the permanent crown put it.  So glad it is over.

After lunch I picked Marcy up and we went grocery shopping for Christmas Eve and Christmas Dinner items.  The stores were crowded.  I hope I do not have to go back until after Christmas.

This afternoon the Sears repairman showed up and fixed Bob and Marcy’s refrigerator. Yeah!!!  Finally after two weeks.  It is now cooling and making ice.

Today John’s friend and former co-worker Nick came by to  fix our wireless printer problem.  Since the change over from 4G and back to 3G we have had problems with it.  In no time at all Nick had it up and running.  We appreciate him so much.  Thanks Nick, you are the best.

Tonight we went over to Bob and Marcy’s for some 10 Penny.  Bob won the first round with  a score of 85 and the second one with a score of 60.  Wow…..I think we need a rematch. LOL 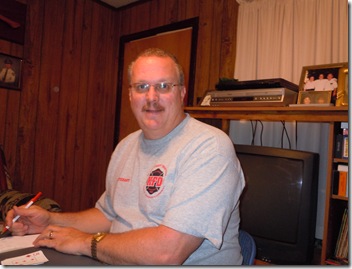 Marcy counting up her points. 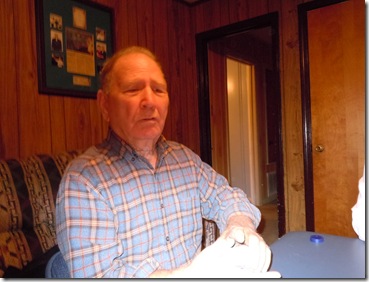