Today was loaded with adventure for the gang. We all piled into Joe and Sherri’s truck and headed to Durango. Once we reached Durango our first order of business was to find a place for lunch. After riding through old town and not really finding anything that everyone wanted, we ended up at Serious Texas BBQ.

After filling up on BBQ we loaded up again and headed for old town Durango to do a little shopping. Sherri was in search of some sandals and John and I were in search of a birthday present for brother-in-law Terry. While going through the many shops we found lots to laugh about. 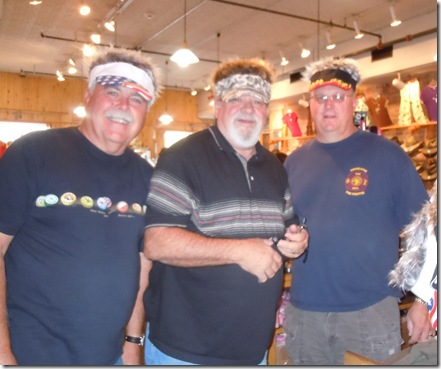 Mike, Joe and John found these funny looking hats that had poofy hair attached. I just had to get a picture of them modeling the hats. Don’t they look cute? LOL 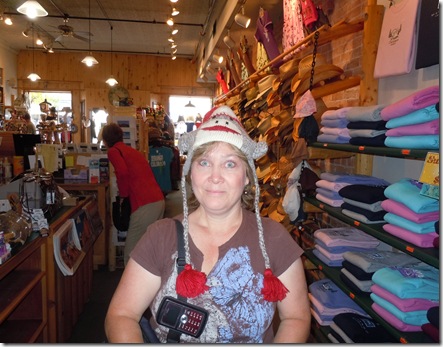 Sherri found a Sock Monkey hat and suggested I try it on for laughs. Gotta love that Sock Monkey.

John and I found the perfect birthday gift for Terry at the Durango Trading Post. I think he will love it.

As we walked along the main street we happened upon the Chocolate Factory. Of course we had to go in there. John and I tasted a sample or two then purchased two pieces of chocolate bear clusters. They taste almost like turtles or millionaires. Very very good. There’s no fat in that, right??? LOL

When we reached the end of the street we saw the train depot for the Durango & Silverton train excursions. Leslie and Mike and John and I had ridden the train several years ago and wanted to check out the current prices. Joe and Mike walked around to the Durango & Silverton Narrow Gauge Railroad Museum which was located next to the depot. The rest of us caught up with them and learned that there was no fee to tour the museum. It is a really cool museum with an old fire engine, model trains, a short movie, and a steam locomotive you can climb up on. 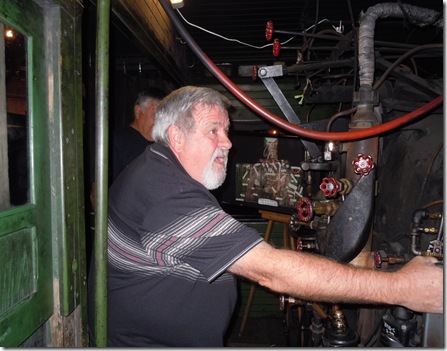 Joe is pretending to operate the locomotive. 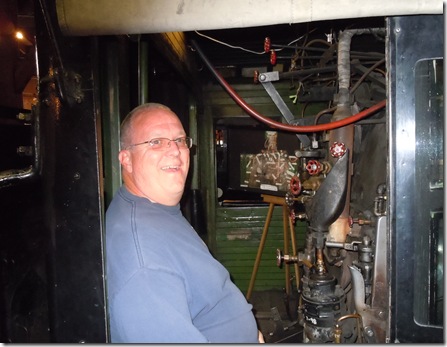 Smile for the camera John. 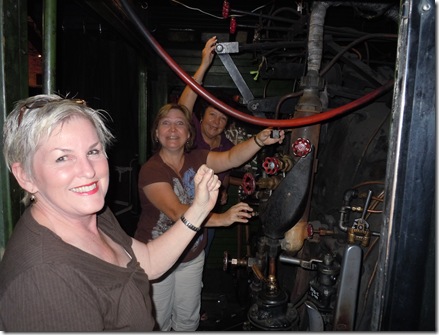 Sherri, Leslie and I pretending we knew how to operate that steam locomotive. LOL 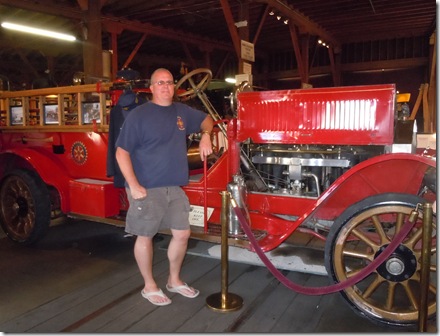 John standing next to the old fire engine. 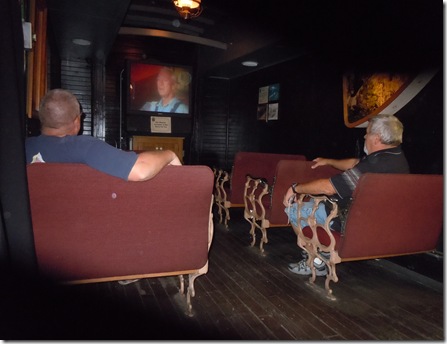 John and Joe watching the short movie about the Durango & Silverton. The museum has an old railcar set up complete with seats from a train. This was so cool. 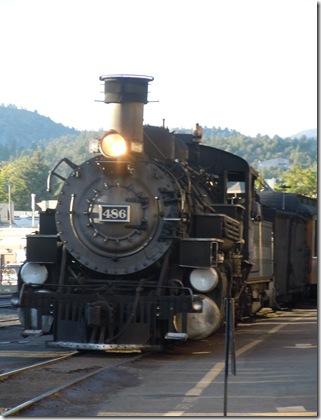 This was a train returning from the last excursion of the day.

We watched the last train come in and began our walk back to the truck. Our next destination was Penny’s to check out the sales. I think we were in the store maybe 20 minutes and all of us came out empty handed. After we got loaded up in the truck we started discussing “what’s for dinner”. It was getting late and we still had a 30 to 40 minute drive to Arboles so we all decided to look for a place to eat. Joe drove us back to old town and we ate at Francisco’s. This restaurant serves Mexican, Southwestern and American cuisine. We all ordered Mexican food. It was delicious and some of us had to take home a few leftovers.

The gang plans on going to Farmington, New Mexico tomorrow. Leslie and Mike used to live there and know all the places of interest. It should be another fun adventure.