This morning we hung around the RV, Bridget wasn’t feeling very well. Pretty much surfed the web and watched TV. After lunch she was feeling good enough to say lets go for a drive. We had picked up a brochure on Vallecito Reservoir area which is where we are camped. The following information was taken from the web and the brochure. The brochure was entitled “Tour of Carvings Vallecito Lake”. After looking through it we found out that it was a comeback story of the Vallecito community following the Missionary Ridge Fire of 2002 in which 1 firefighter lost his life. The fire burned between June 9th to July 28th and consumed over 70,000 acres. The pink area was consumed by the fire. Our campground is North of Vallecito Reservoir in the area between the fire. The fire burned to within a 1/4 mile of Blue Spruce RV Park. 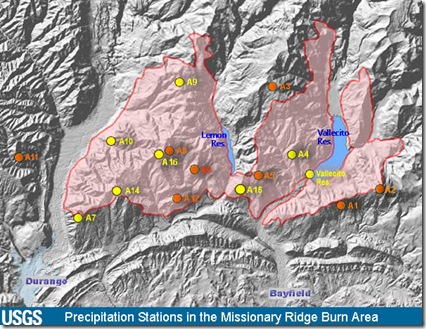 The carvings were produced by local artist Chad Haspels. Most of the carvings are mounted on concrete piers and can be found all over the lake area. They have a number and name assigned to aid in identification. Each one stands 18 feet tall and weigh around 2,600 pounds.

Fire departments from the 4 corners area responded quickly to the fire and worked long and hard to save our forest and homes. 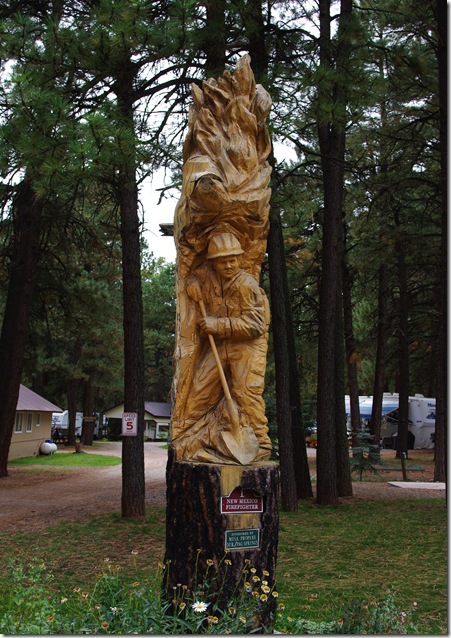 Animals were greatly impacted by the fire 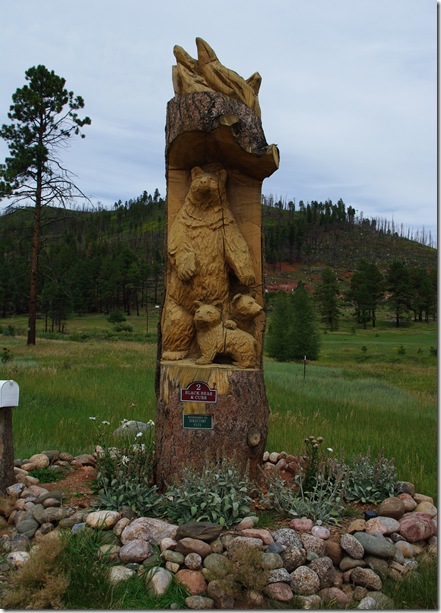 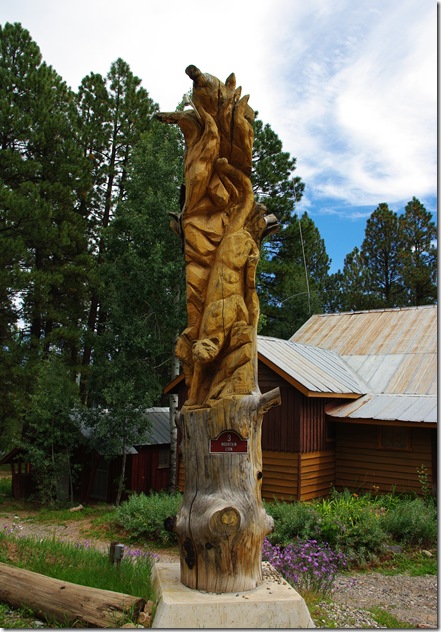 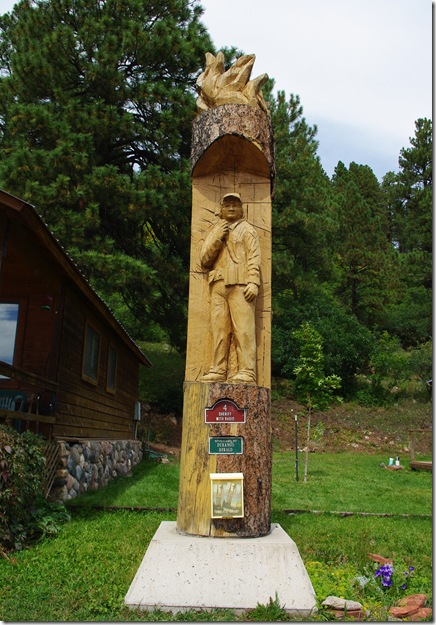 In memory of Alan Wyatt who died fighting the fire. This carving was done on a tree trunk rooted in the ground. It was snapped off by a thermal vortex. 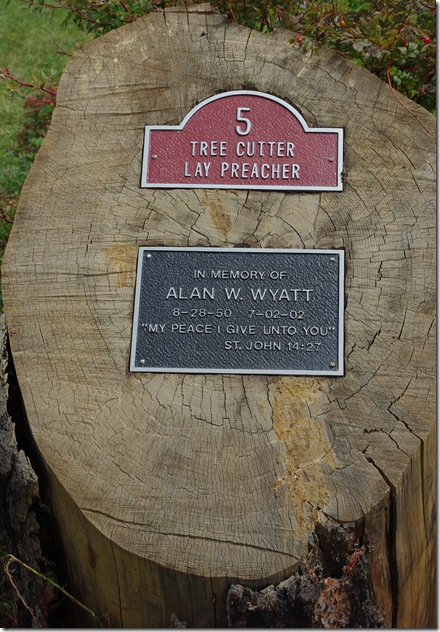 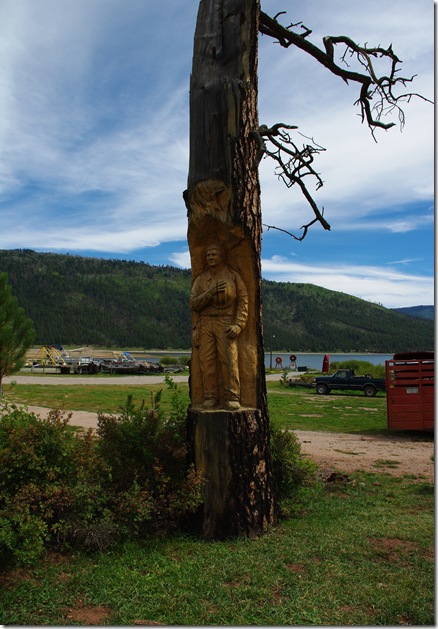 This emergency medical technician represents the many people who helped in the total effort of fighting the fire. 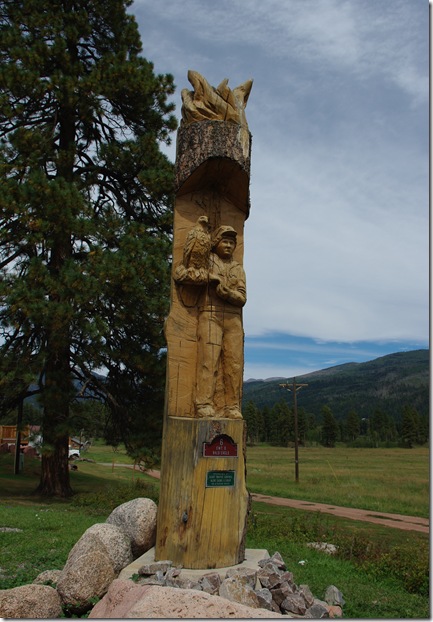 CARVING #7-A- “REBIRTH OF VALLECITO”

This carving was the last carved. It represents the sun instead of flames and the return of animals, trees and ground cover after the fire. 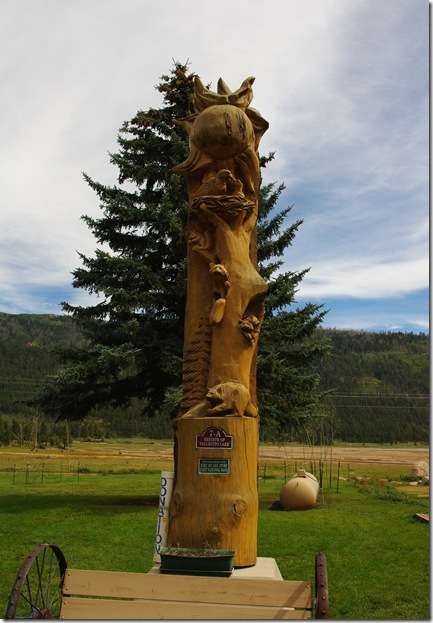 Unfortunately each of the carvings are located at different private properties. Carving 7-B was located at the Buffalo Gap Restaurant. According to locals the restaurant closed and the owners took the carving with them.

Oregon firefighter symbolizes the many firefighters who came from across the country to help save our valley. 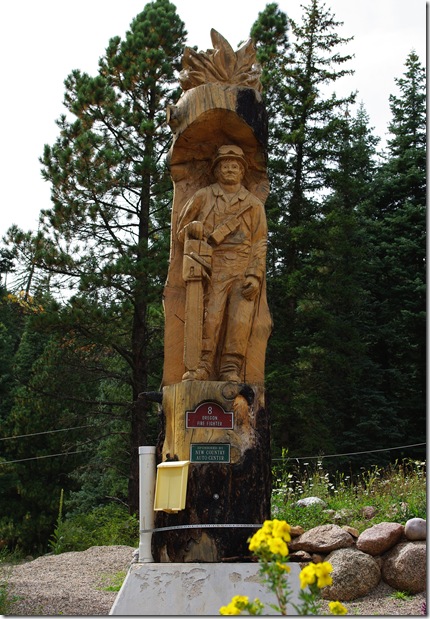 This firefighter is waiting with her Pulaski fire fighting tool for the slurry bomber to suppress the fire around her. 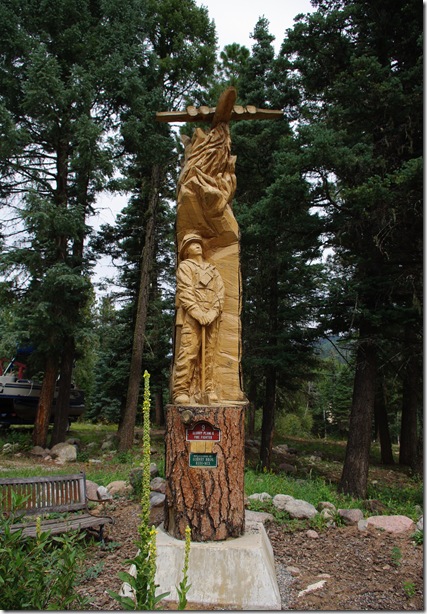 “Rocky” was rescued from the forest near by after her parents were killed. The raccoon came to the door for food nearly every night during the following winter. 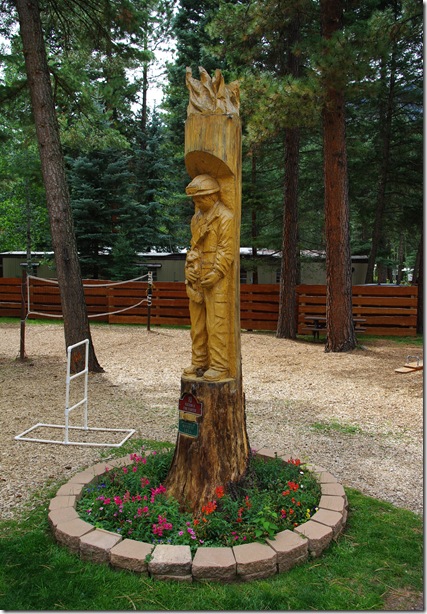 A six week old fawn was found under a log and brought to safety by a firefighter. 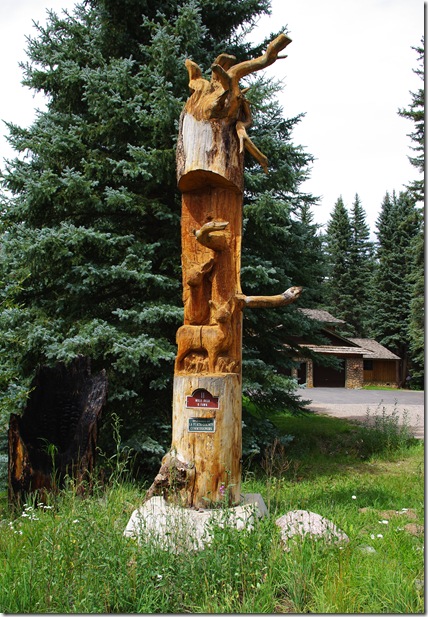 Vallecito Lake is home to over 25 American Bald Eagles during certain times of the year. 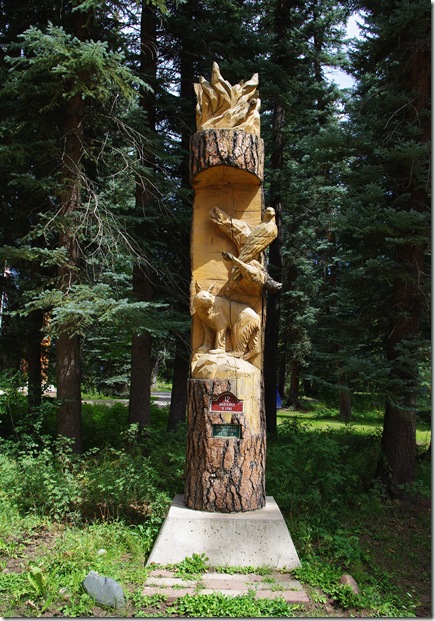 Our professional and volunteer firemen are quick to respond to any emergency. 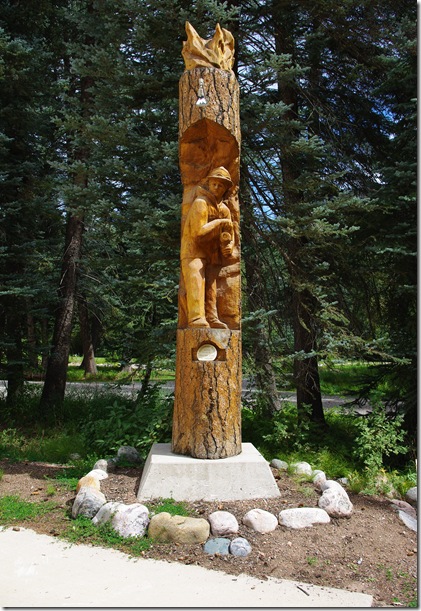 These dedicated men on horseback helped rescue both people and animals, take firefighters to and from difficult areas of terrain and carry supplies to them. 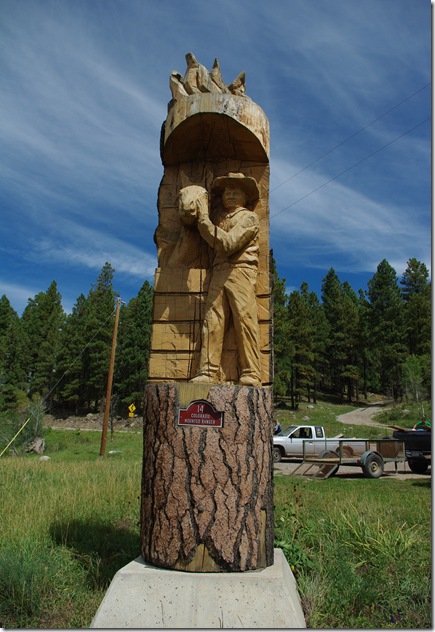 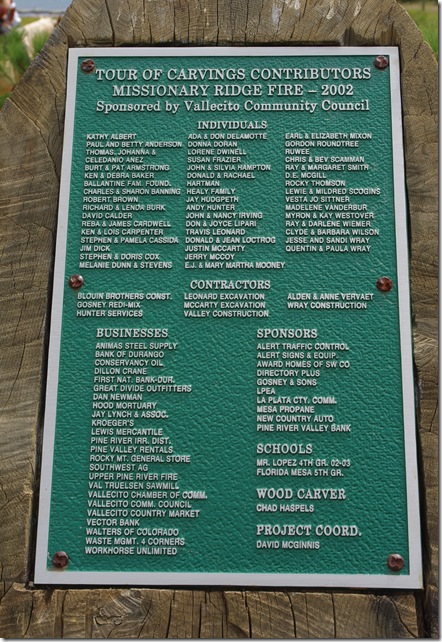 We closed the day out with a campfire.