Moving the sailboat and dinner at the casino.

Today is our final day here at Navajo State Park. John fixed us all a “Firehouse Breakfast” complete with sausage gravy, biscuits and eggs. We don’t have biscuits everyday so it was a treat.

In the early afternoon John went to move a large sailboat for someone who contacted him the day before. This took the better part of the afternoon. Mike walked over to checkout what was going on with the sailboat move and Leslie and I walked down to the laundry room. While she caught up on her laundry we sat and chatted enjoying our day.

Below are pictures of the sailboat move. 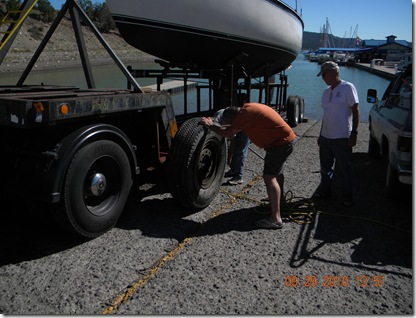 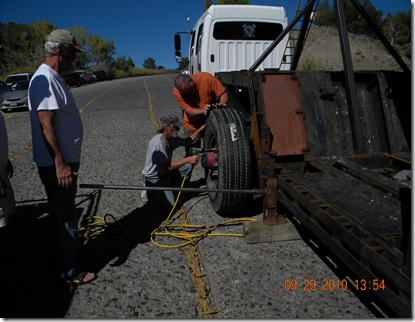 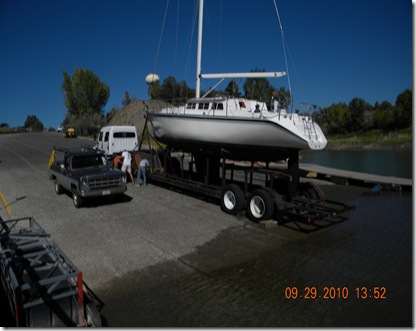 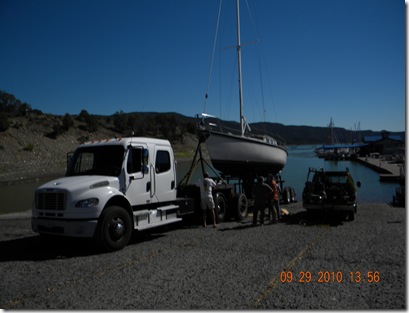 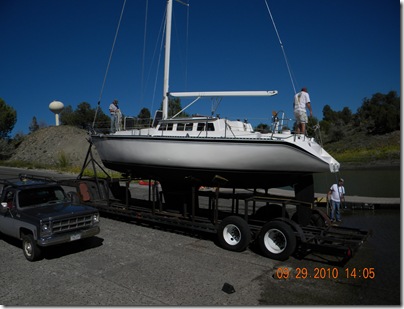 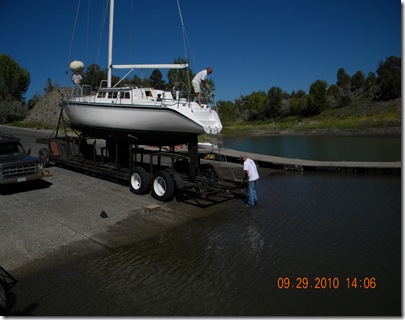 After the sailboat move John and I met up with Mike and Leslie to discuss out dinner plans. We loaded up and headed for the Sky Ute Casino in Ignacio. After playing for a little while we went in search of food. The casino has a steak and shrimp dinner for $6.95 with your player’s card so we decided to give it a try. The attendant was going to seat us at a table that had a booth seat and two chairs which was crammed up next to someone else so we asked to be moved to a table. Once settled in at our table we waited, and waited, and waited. Finally, John caught a worker walking by and asked if she could find our server. Within a few minutes a young lady appeared at our table and took our drink order. When the server returned she appeared to be nervous and unfortunately dumped a glass of water in Mike’s lap. By the look on her face she was mortified. Mike, being the nice person that he is, assured her it was ok that accidents happen. She apologized profusely. Then John asked about the steak and shrimp special. The server paused and then said, “you can only get the buffet here tonight” then she went on to explain that there was a problem in the kitchen. John asked her, “So are you telling us we need to go to the other restaurant.” Her answer was “yes” so off we went. To make a long story short, we had a nice dinner at the other casino restaurant. Leslie ordered the grilled cowboy pork chop with apricot chipotle sauce and Mike, John and I had the steak and shrimp special. The food and service were both great. We stayed a played in the casino a while longer then headed back to the campground and called it a night. 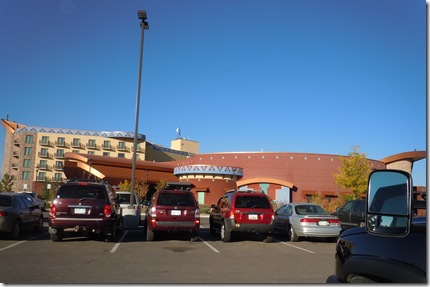 I can’t believe the time with our friends has flown by so quickly. It is always sad to say goodbye so we will say, “See you down the road” instead.